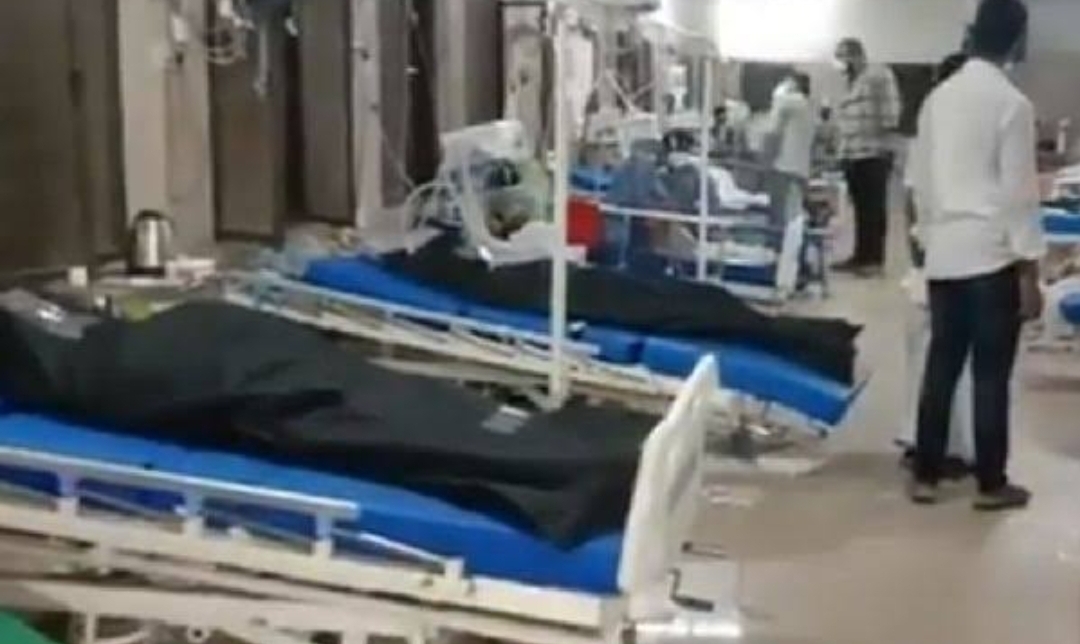 Tirupati: 11, (STN) May 11 Corona patients have died due to lack of oxygen at Ruia Government Hospital in Tirupati, Andhra Pradesh. District Collector Harinarayan has confirmed this incident. Eleven corona patients died due to a problem in the oxygen supply in the ICU on Monday night, he said. Andhra Pradesh CM Jagan Mohan Reddy has ordered an inquiry into the matter. It is being reported that a tanker of oxygen was to arrive which could not reach on time and there was a shortage of oxygen.

After the incident, District Collector of Chittoor Hari Narayan, Joint Collector and Municipal Commissioner visited the hospital. District Collector of Chittoor Harinarayan informed that it took 5 minutes to reload the oxygen cylinder which resulted in death of the patients due to lack of oxygen supply. He said that oxygen supply was restored within 5 minutes and now everything is back to normal. Due to timely action we were able to prevent the death of more patients. About 30 doctors were immediately sent to the ICU to look after the patients.

The TDP leader questioned the state government
When CM Jagan Mohan Reddy got the information about the death of 11 patients, he expressed his grief over it. After talking to the district collector, he ordered an inquiry into the incident. At the same time, he said to ensure that such an incident does not happen again in the future. Meanwhile, TDP leader Lokesh Nara posted an alleged video related to the incident on Twitter, questioning the state government and calling it ‘murder’.

In Andhra too, the situation is worse than Corona
In Andhra Pradesh too, the situation is extremely bad because of Corona. In the past 24 hours, 14,986 new cases of corona have been reported in the state and 84 people have died. In Andhra Pradesh, the total number of positive cases of corona has reached 13,02,589 so far, of which 1,89,367 are active cases. So far 8,791 people have lost their lives from Corona in the state.