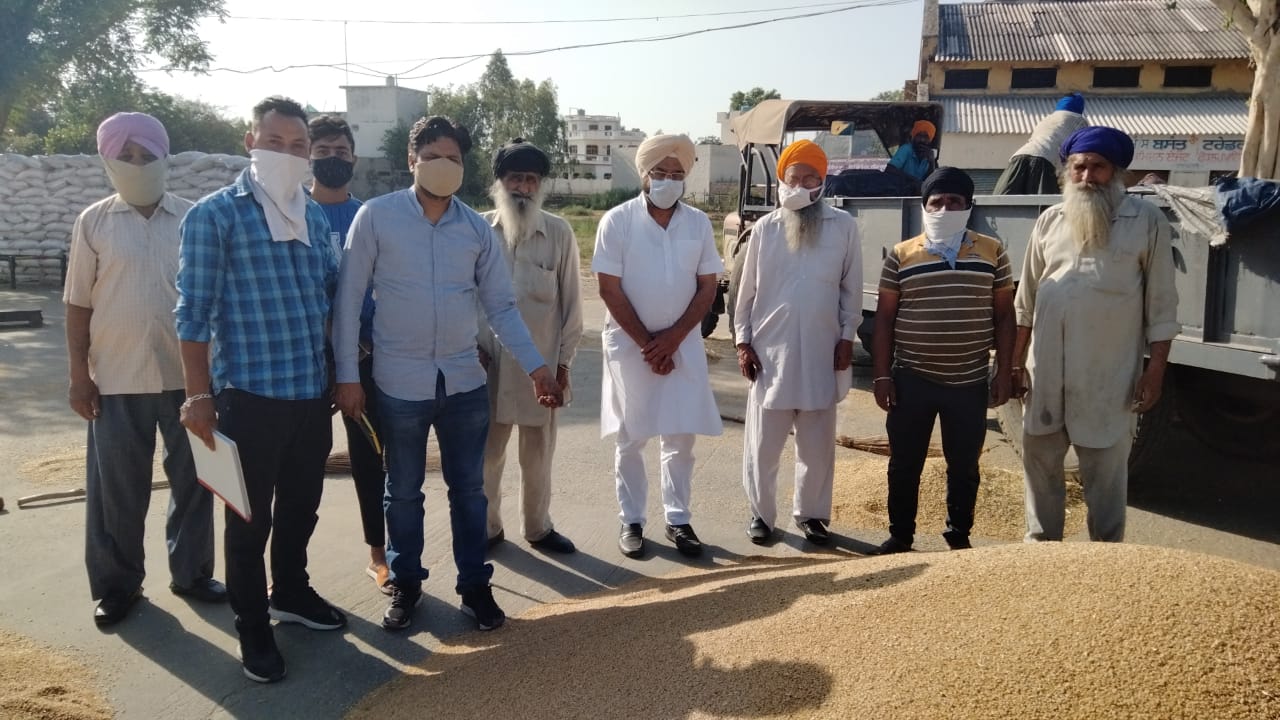 Jalandhar, April 18-(STN) By ensuring timely purchase and lifting of produces brought by farmers in grain markets, Jalandhar administration has been ensuring a smooth and hassle-free wheat procurement season.

Divulging more details, the Deputy Commissioner Ghanshyam Thori said that on the directions of the state government, the district administration was firmly committed to completing the procurement and lifting without any inconvenience to the farmers. He said that along with immediate procurement of the grains, the thrust had also been laid on timely lifting of the grains.

He said that a total of 149574 Metric Tons (MTs) wheat have arrived in mandis of which 148080 MTs were purchased by the procurement agencies since the procurement season has begun. Apart from purchase, about 100 percent lifting has been ensured by the officials within stipulated time-frame he said adding that the Punjab government led by Chief Minister Captain Amarinder Singh was committed to lifting every single grain of the farmers in the mandis. Mr. Thori mentioned that on April 17, 2021 a total of 22109 MTs wheat arrival was recorded in all purchase centers while 54069 MTs produces were lifted on the previous days, which was more than double the crops arrived.

The DC categorically said that there are sufficient number of bales available in district for procurement and urged the farmers to bring wheat stock in a staggered manner in mandies during covid times as health is equally important for all.
He said that a robust mechanism has been put in place to make sure that grain was procured and lifted as soon as it comes into the mandis especially in the wake of these trying times of Covid-19.