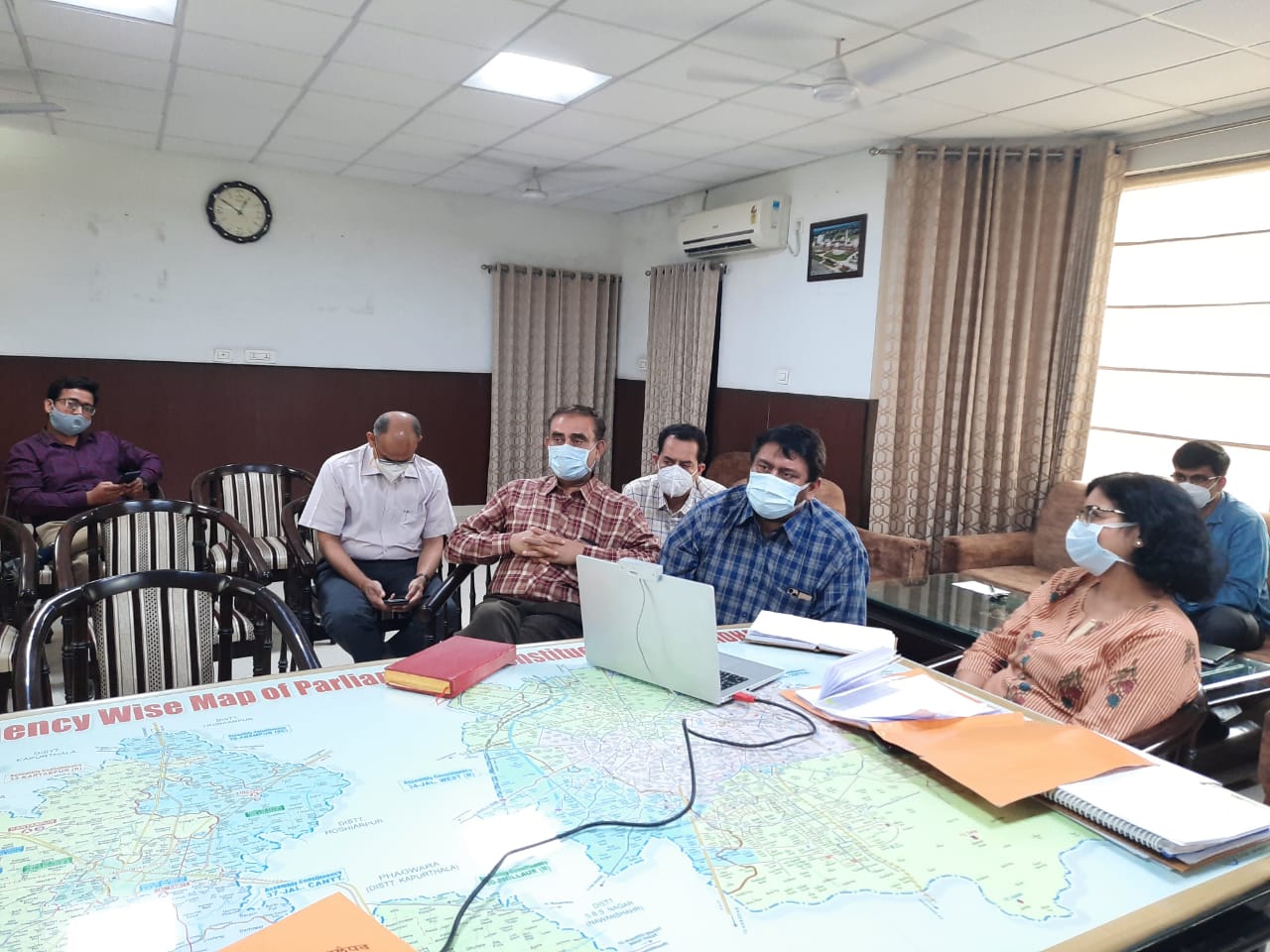 Jalandhar, May 1-(STN) In a first-of-its-kind initiative, District Administration Jalandhar has come up with a consensus-based mechanism to allocate oxygen supplies among healthcare institutions in the district.

On the directives of Deputy Commissioner Ghanshyam Thori, a virtual meeting of all private hospitals treating Covid-19 patients was held on Saturday, where hospitals in the presence of the Indian Medical Association decided oxygen quota for themselves.

Divulging the details, Deputy Commissioner Ghanshyam Thori stated that the focus was laid to provide a platform to all stakeholders so that they can decide how much oxygen gas they require in their facilities in a mutually agreed way. He further added that after the meeting 388 additional cylinders have been added to the current allocation taking the total daily cylinders to 2385 from the earlier 1997. Mr. Thori, during the meeting, mentioned that the total allocation would be re-adjusted as per liquid oxygen supplies to the district.

Pointing out further, the DC said that there had been demands from the hospitals to re-fix oxygen quota as per their consumption adding that a meeting of all hospitals was called to address this issue. He further mentioned that to cast off discrepancies from the existing system, if any, a consensus-based allocation mechanism has been developed to make oxygen supplies more equitable that was agreed upon by all medical establishments. During the meeting best practices to reduce oxygen consumption were also discussed to avoid wastage of this precious life-saving gas, he said. The observations of oxygen audits conducted in a few private hospitals were also shared during the meet and officials urged the medical fraternity to adopt such methods which lead towards saving of this gas.

The DC lauded the efforts of IMA president Dr. Navjot Dahiya and Deputy Medical Commissioner Dr. Jyoti for bringing all the stakeholders at a single platform to evolve such consensus based mechanism in oxygen allocation. Prominent among others present in the meeting included Additional Deputy Commissioner Vishesh Sarangal, Civil Surgeon Dr. Balwant Singh, Deputy Medical Commissioner Dr. Jyoti, IMA Vice President Dr. Navjot Dahiya, and doctors and nursing-home owners from across the district.