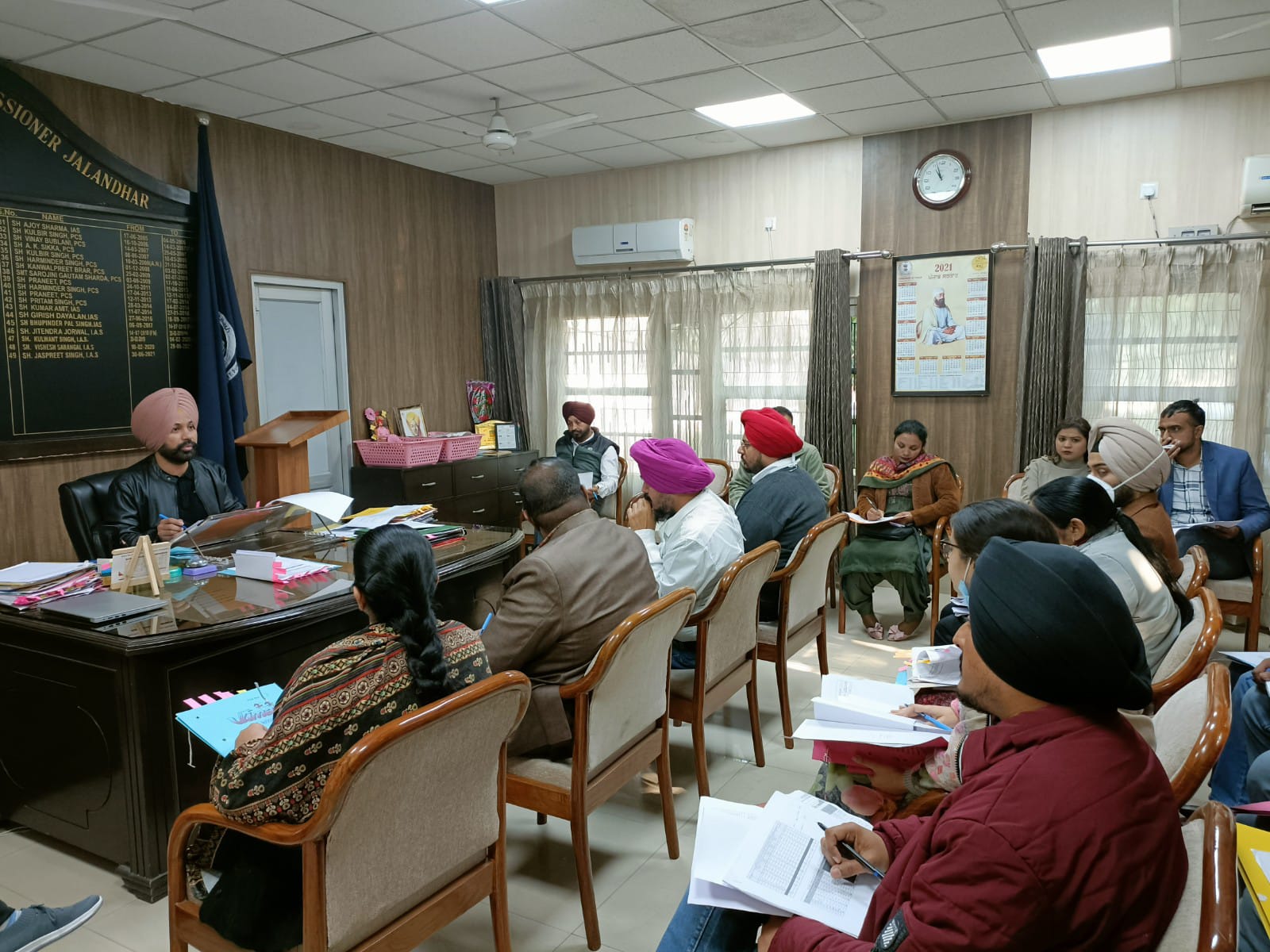 Jalandhar, December 11-(STN)In a bid to ensure timely completion of ongoing development projects in all the villages in the district, Additional Deputy Commissioner (Development) Jaspreet Singh today directed the officials of Rural Development & Panchayat Department to personally monitor the pace of ongoing projects and submit completion reports within stipulated time-frame.

Chairing a review meeting with BDPOs of all development blocks, the ADC took a stock of progress made under several schemes including smart village campaign, allotment of five marla plots to people, Pardhan Mantri Awaas Yojna, Punjab Niram Program, MGNREGA, funds issued under PIDB, RDF, and other schemes. He directed the officials to utilize all the funds issued under various schemes in line with the time-frames fixed by the government so that people could get the benefit of these schemes. He also asked the officials to personally monitor the pace of ongoing projects and submit completion reports at the earliest.

Describing E-shram portal a path-breaking initiative to benefit workers, the ADC directed BDPOs, Self Help Groups, Industry department to leave no stone unturned to achieve this goal. The registration at this portal was initiated under mission mode, he said, adding all workers in the age group of 16-59 years, establishments/units having less than ten workers, self help groups, MGNREGA workers, and Industrial workers could register themselves for this scheme. He mentioned that the portal aimed at creating a national database of unorganized workers in the country so that the proper benefit of social security schemes could be extended to them. The workers only required their Aadhar card and active mobile number linked with Aadhar to get them enrolled under this scheme. The workers registered at the portal before December 31, 2021 will be getting an accident insurance cover worth Rs. two lakh for one year under Pradhan Mantri Suraksha Bima Yojna, he said. Mr. Singh further asked the officials to promote e.shram.gov.in portal to benefit rural workforce adding that any kind of laxity in this task would be highly unwarranted.

Prominent amongst others present on the occasion included DDPO Iqbaljit Singh, Deputy CEO Zila Parishad Sukhbir Kaur, and all BDPOs of development blocks.