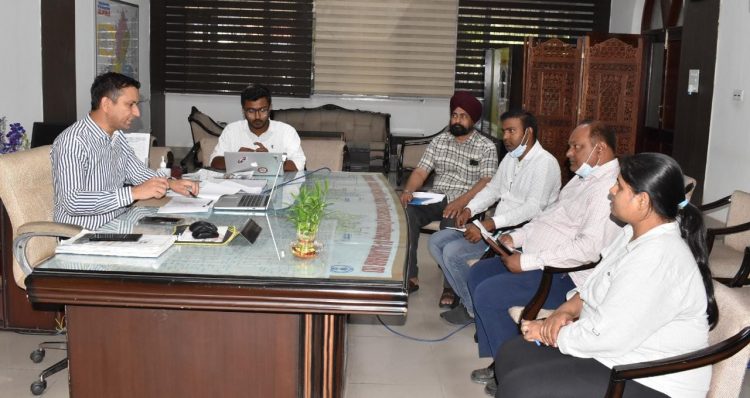 DC ASKS SDMs TO FURTHER ACCELERATE THE PACE OF DISBURSEMENT, ISSUANCE OF PENDING NOTIFICATIONS AND POSSESSION OF LAND

Chairing a review meeting with respect to award distribution, issuance of pending notifications and land possession here at district administrative complex, the Deputy Commissioner categorically asked officials to further speed up award distribution and possession procedure while strictly following the timelines issued by government to ensure timely execution of ongoing projects. He mentioned that so far Rs. 533.37 crore has been disbursed comprising Rs. 38.71 crore by SDM Nakodar in Delhi-Amritsar Katra Expressway. Likewise, Rs. 138.48 crore and Rs. 54.18 crore by SDM Jalandhar-2 and SDM Phillaur respectively under the same project, he said.

The DC further added the under Jalandhar Bypass project an amount of Rs. 104crore, under four laning of Jalandhar-Hoshiarpur NH 70 about Rs. 198 crore has been disbursed to the land owners. Mr. Thori asked the concerned SDMs to expedite the disbursement procedure by accomplishing one hundred percent disbursement within a given time-frame. He said that any kind of laxity in this task would be highly unwarranted as accountability would be fixed of those found negligent in following the timelines. He also asked the officials to issue pending notifications, if any, with respect to land acquisition in their respective areas while pointing out at a few pending issues. He also asked the SDMs to expedite possession of land and the same to be handed over to NHAI so that these projects could be completed in the stipulated time-frame.

Meanwhile, he appealed to all the land owners falling under these projects to come forward to collect their awards as it has nothing to do with their appeals seeking land enhancement. He added that the land owners can always file appeals even after taking their award, thereby; they should collect their awards from competent authorities. He also termed these projects of great significance stating that these highway projects would cater to thousands of commuters on a daily basis. 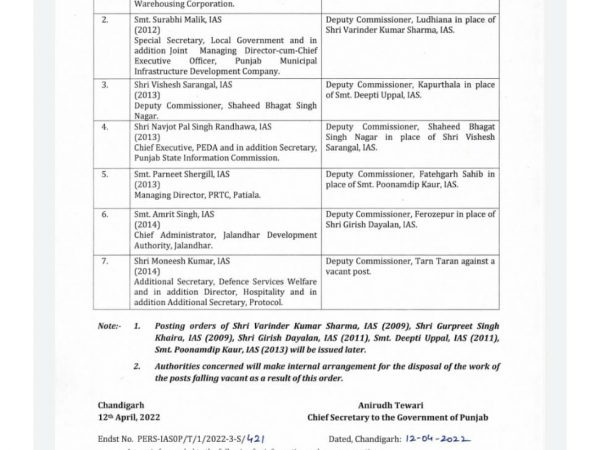