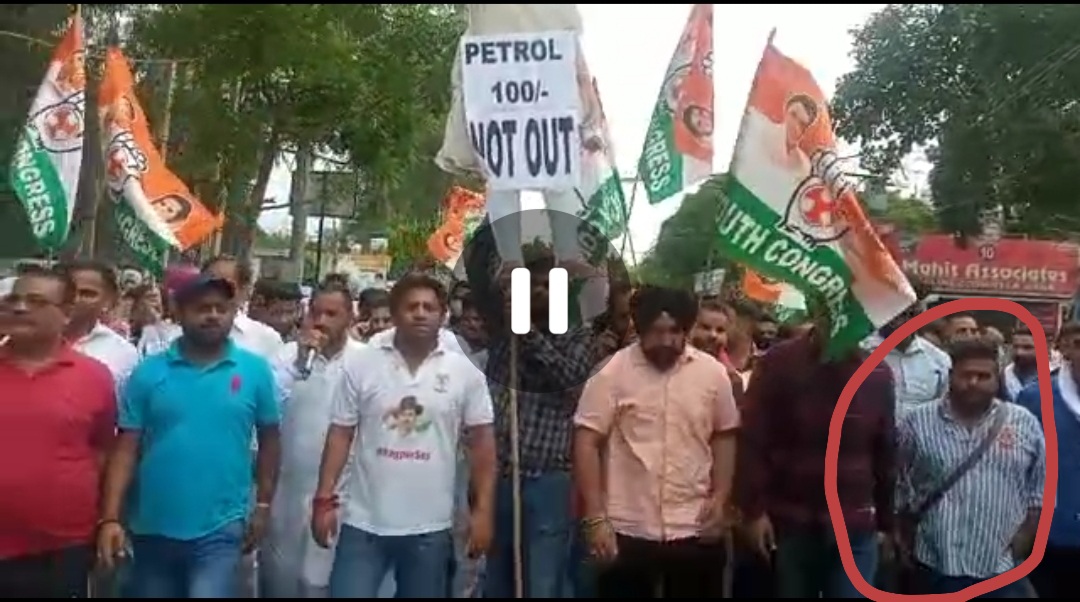 Jalandhar:July,11(STN) Against the rising prices of petrol and diesel, the Youth Congress under the President Angad Dutta in Jalandhar has started a protest against the central government. MLA Rajinder Beri has also joined the protest. Surprisingly, some youths who participated in the demonstration also joined with weapons. Youth Congress District President Angad Dutta also reached the demonstration along with his security personnel. All security personnel have licensed weapons. At the same time, other youths were also seen roaming on the streets with weapons in their hands and no one tried to stop them in view of security.

The special thing in this is that in the last days i.e. on 7th July, DCP Law and Order has given instructions to ban carrying weapons up to september,6th 2021.