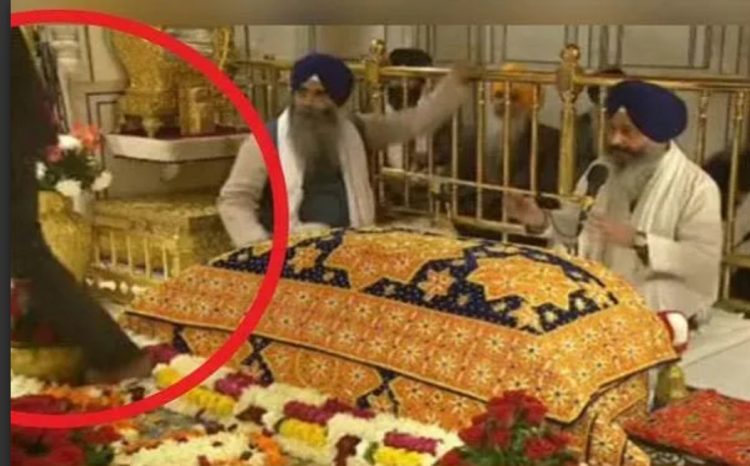 Amritsar, December 18,(STN) 2021: An attempt has been made by a person to desecrate Sri Guru Granth Sahib Ji during the Diwan on Saturday evening at Sri Darbar Sahib, the holiest place of Sikhism.

Some videos have gone viral. Looking at the video, it is known that this awkward act was done by a person during the evening diwan when Rahiras Sahib was being recited inside Sachkhand Sri Darbar Sahib.

It is learned that a man tried to disrespect Guru Granth Sahib by stepping out of the fence from the side of the one who was bowing inside Sachkhand but he was snatched by the vigilant servants.