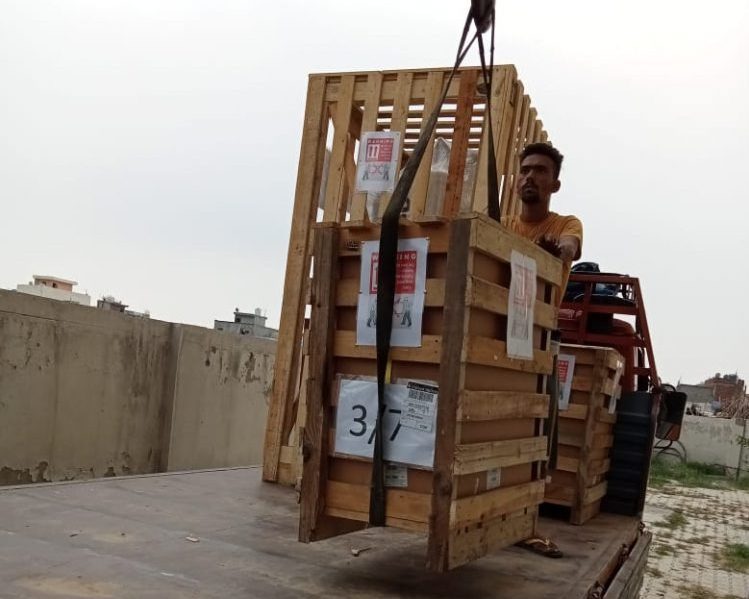 Jalandhar, July 12-(STN) District Jalandhar is all set to have another PSA based oxygen generation plant as machinery for the new plant has arrived in the district, which would be set up at Community Health Centre Basti Guzan.

Divulging the details, Deputy Commissioner Ghanshyam Thori said that the plant would generate medical oxygen at the rate of 200 liters per minute (LPM) and would further strengthen the oxygen production capabilities of the district. He mentioned that an additional plant with a capacity of 1000 LPM is also coming up at the Shaheed Babu Labh Singh Civil Hospital.

Mr. Thori stated that the district administration Jalandhar has taken a slew of measures to revamp its oxygen production capacity, which paved the way for individual oxygen generation plants at private and government hospitals.

Pointing out further, Executive Engineer Water Supply Department Vijay Kumar said that the plant would be set up at CHC adding that now arrangements were being made to secure a power connection of 60 KW alongside a Generation Set of 82.5 KVA.

The DC further reiterated district administration’s commitment to making Jalandhar a self-reliant district in terms of oxygen production as to be able to tackle any event of possible third wave effectively.