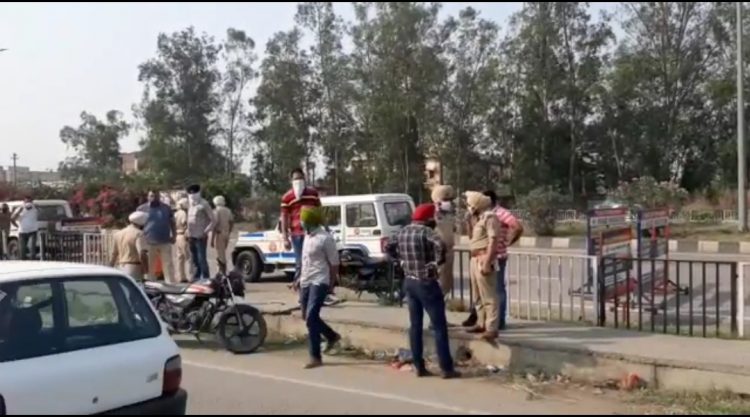 Khanna:11,May(STN) Khanna police had set up a narcotics team on National Highway at Doraha during which the police team was checking the suspects.

During which the police stopped a vehicle

The assailants in the vehicle attacked the police in which an Auxiliary Police Officer and a police men were injured and have been admitted to Hospital. According to information received, the assailant also had a firearm.

SP Manpreet Singh, who reached the spot, said that our police personnel were attacked by some persons at the check post during which they were injured and rushed to the hospital. A case has been registered against the attackers and the accused will be nabbed soon. Asked about the disappearance of an employee’s government revolver, the SP said, “I will go to the hospital and ask my policeman for the same.”