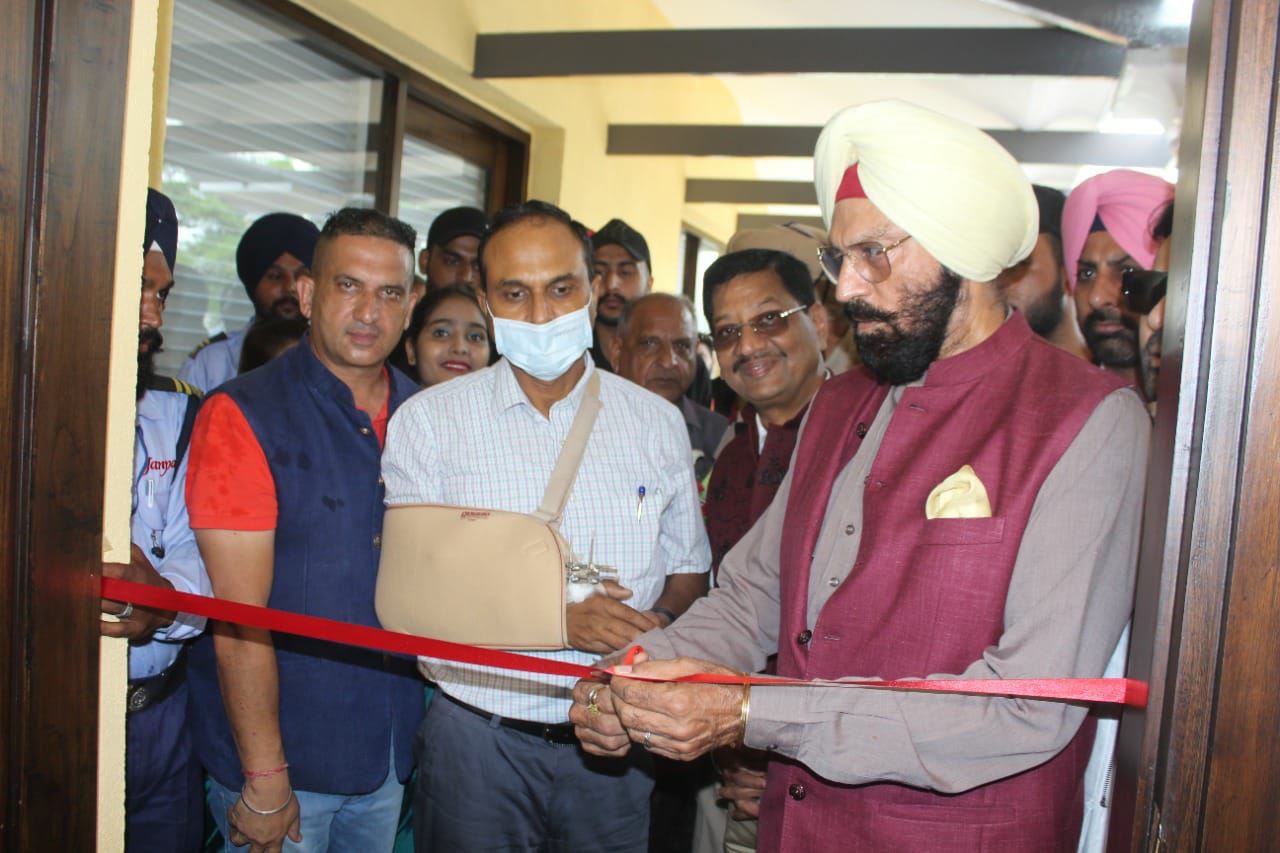 WILL FURTHER ACCELERATE INDUSTRIAL GROWTH AND DEVELOPMENT OF CITY

Congratulating the Ludhiana people, the Cabinet Minister along with Deputy Commissioner Varinder Kumar Sharma and Commissioner of Police Naunihal Singh, said that it is a red letter day for Ludhiana as these prestigious services have been started which would give impetus to the overall development of the region.

He said that these services would open new avenues of development and prosperity of the Ludhiana and nearby region. He also congratulated Mahesh Goel, MD Janpath Estates for his efforts to build the first private Helipad in District Ludhiana and said that the Helipad will provide efficient and hassle-free transport for the residents of District Ludhiana to various locations across the country and have aerial view of the natural serene locations around our State of Punjab.

He added that private helicopter services would serve as a vital tool for the further development of industrial sector by ensuring faster connectivity with their business clients in other states of the country.

Sodhi added that at presently, the service would be available for Chandigarh, Delhi, Dharamshala, Dehradun, Jammu and Kashmir, Kasauli, Manali, Shimla and Jaipur.

Deputy Commissioner Varinder Kumar Sharma told that these services would be of great convenience for the people especially businessmen.

He said that being an industrial hub of the state, this was the need of hour to have such services here by ensuring round the clock air connectivity with prominent parts of the country.