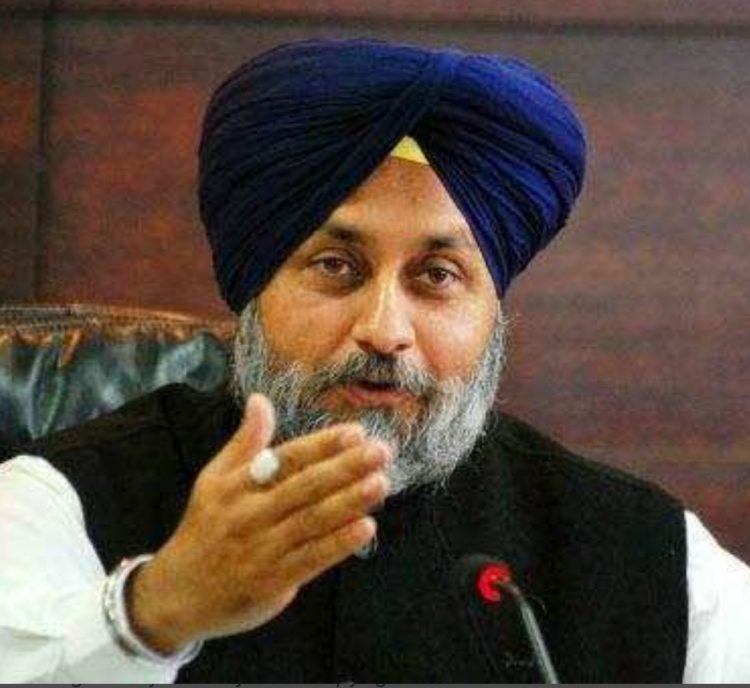 Said that the entire cabinet and the party is engulfed in corruption and scams, the party cannot fool the people just by changing the chief minister.

Chandigarh/18September:(STN) Shiromani Akali Dal President Sardar Sukhbir Singh Badal today said that Captain Amarinder Singh’s resignation is a acknowledgment from the Congress party as well as the high command that the party has failed to perform in the state and its He has nothing to show in his tenure of more than four and a half years.

He insisted that this is proof of what the Akali Dal has been saying, nature has punished Capt Amarinder Singh for eating the sacred Gutka Sahib, and every member of the Congress party will have to face the same fate.

Issuing a press statement here, Sardar Sukhbir Singh Badal said that the sinking ship of Congress in Punjab cannot be saved by merely changing the Chief Minister. He said that the entire cabinet as well as the MLAs are immersed in corruption, and various types of mafia including sand, liquor and drug mafia are being run. He said that “Congress party cannot fool Punjabis by just changing their face to save their incompetent government”.

Sardar Sukhbir Singh Badal said that the Congress would not be able to stop the backlash against the party by the high command by blaming a single individual. “Punjabis know that the entire Congress party in Punjab is known for loot and anarchy. Its ministers and MLAs have given protection to gangsters. Its ministers have looted thousands of crores of state exchequer, it has failed to start any new development or infrastructure projects in the state.

Sardar Badal said that even Congress President Sonia Gandhi and Rahul and Priyanka cannot escape the responsibility of victimizing Punjabis for more than four-and-a-half years. “At first Sonia and Rahul Gandhi were the forces behind the Congress party’s election manifesto for the 2017 Assembly elections. The Gandhi family not only kept Captain Amarinder Singh in power but also failed to take action against any of their corrupt ministers. Captain Amarinder Singh has failed to fulfill his promises.

Sardar Badal said that after the failure of her first candidate, Mrs. Sonia Gandhi has now taken the responsibility of choosing the successor of Captain Amarinder. However, the Congress party has no face now after reneging on every promise made to all sections of the state. The Congress party has now played the end game.