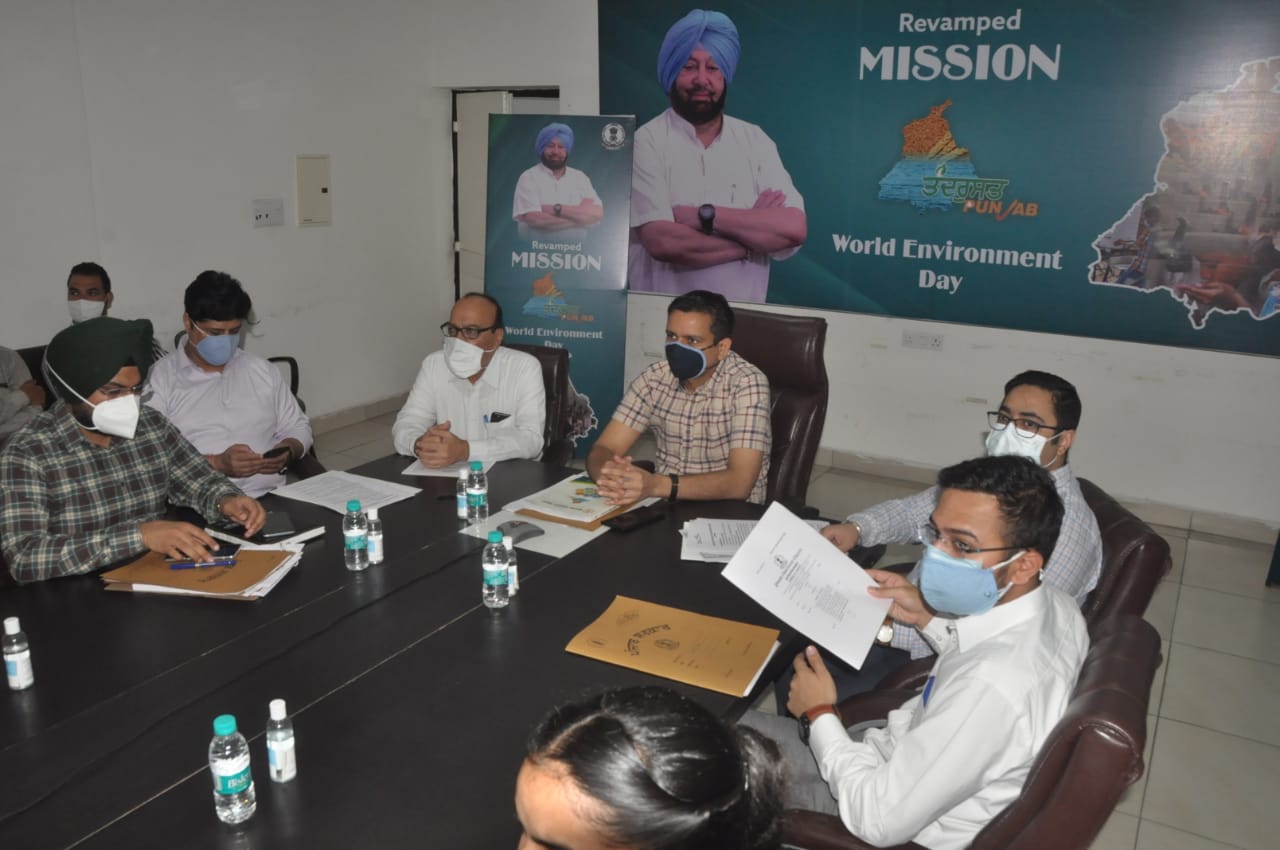 Jalandhar, June 5- (STN) On the occasion of World environment day, the Chief Minister Captain Amarinder Singh today gave a Rs 47.74 crore bonanza to Jalandhar residents by virtually dedicating two mega projects to keep Jalandhar city clean, green and pollution free.
?
Participating in the event, Mayor Jagdish Raj Raja, Deputy Commissioner Ghanshyam Thori, Additional Deputy Commissioner Vishesh Sarangal said that these projects would go a long way in mitigating woes of people by reducing pollution level. They said that a bio-remediation project at cost of Rs. 35 crore will come up at waryana dump site, where growing garbage mounds will be removed in a scientific and phased manner in the next two years. They stated that the projects aimed at clearing disposal waste approximately 8 lakhs metric tons, which was being dumped at this site for over 30 years. Further, the prime chunk of land measuring 14 acres will be reclaimed for further use after implementation of this project.
?
The Mayor and DC mentioned that another project to promote green cover in the city was also launched by the Chief Minister. They said that under the green area parks development project about seven parks have been developed at a cost of Rs. 8.84 crore. In these parks open gyms, sound system, gazebo and sports facilities have been ensured while three vertical gardens under the flyovers have been developed at Rs. 3.90 crore, they said adding focus lights and drip irrigation system have also been set up in these vertical gardens.
?
Meanwhile, revamped mission Tandrust Punjab was also launched by the Chief Minister aimed at further improving the overall health of the people of Punjab. Under this flagship program a multi-pronged strategy would be adopted to improve health indicators. Kabbadi player Gurpreet Kaur from Haripur village during the event also shared her views on efforts made by state government to promote sports culture in villages under mission Tandrust Punjab. Prominent among others present on the ocassion included Joint Commissioner Municipal Corporation Amit Sareen, Assistant Commissioner Hardeep Singh, and DDPO Iqbaljit Singh.