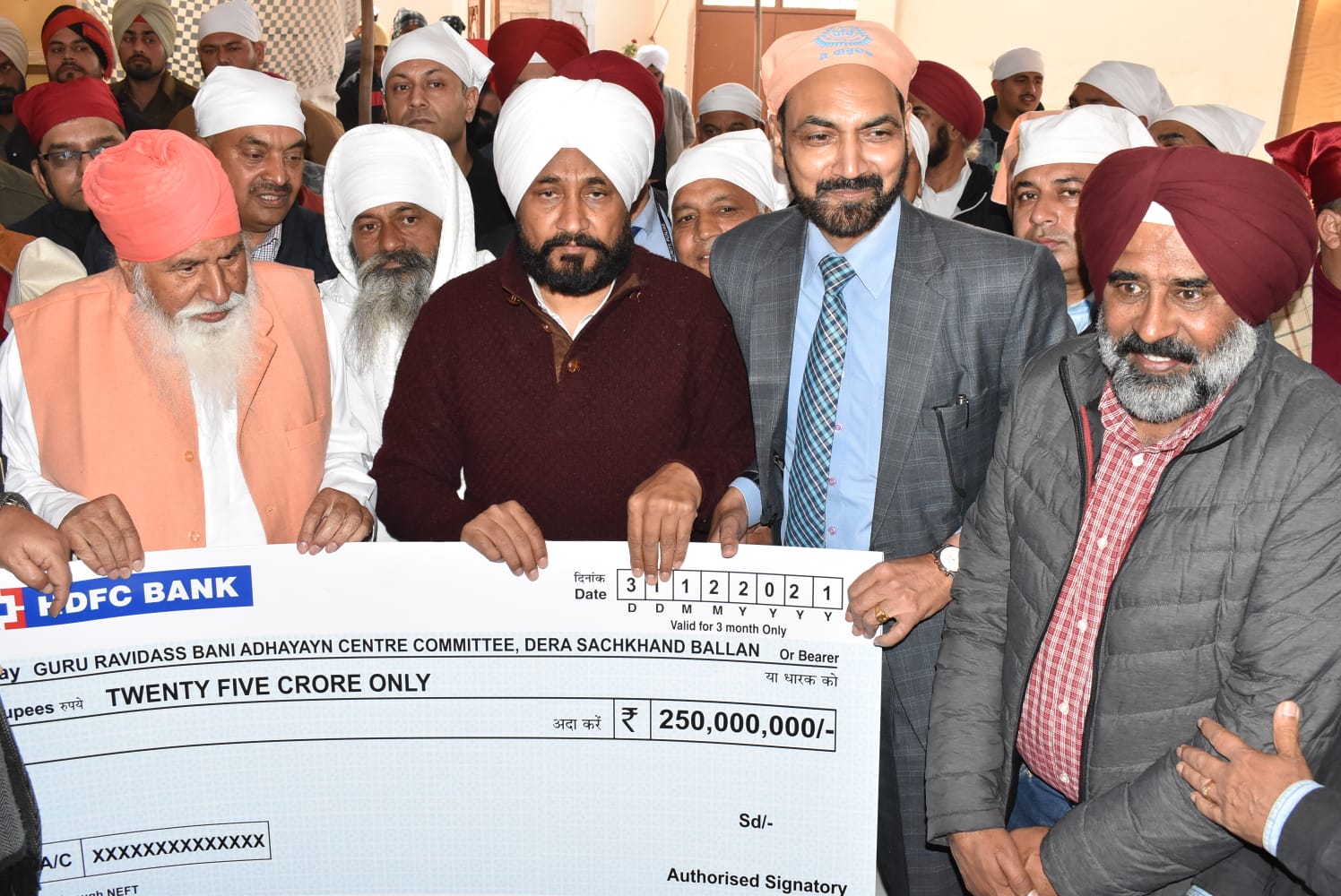 · HANDS OVER A CHEQUE OF WORTH RS. 25 CRORE ON THE SPOT

Ballan (Jalandhar), December 31: (STN)Punjab Chief Minister Charanjit Singh Channi on Friday announced to establish state-of-the-art Guru Ravidass Bani Adhiyan (Research) Centre at Ballan with a cost of Rs. 50 crore, while handing over a cheque worth Rs. 25 crore on the spot for this purpose.

While paying obeisance at Dera Sachkhand Ballan in the presence of its Chief Sant Niranjan Dass ji, CM Channi said that this Adhiyan Centre would go a long way to undertake extensive research and study of the Bani of Guru Ravidass ji, the doyen of Bhakti movement besides instrumental in propagating the teachings of Guru Ravidass ji in every nook and corner of the world.

CM Channi also announced the formation of Guru Ravidass Bani Adhiyan Kendra Prabandhak committee to be headed by Sant Niranjan Dass ji to manage overall affairs of this Centre adding he said the Chief Minister, Secretary Tourism and local Deputy Commissioner would be the government’s representatives in the committee. The committee would decide further course of action with respect to development of this Centre including the procurement of requisite land for this purpose.

Pointing out further, CM Channi described this Centre as a lighthouse for further perpetuating the ideology of Guru Ravidass ji so that our future generations could seek inspiration from his Bani. CM Channi said that this centre would play a pivotal role in facilitating the students and research scholars studying the life and philosophy of Guru ji and to undertake research on the various aspects of sacred Bani of Guru Ravidass ji.