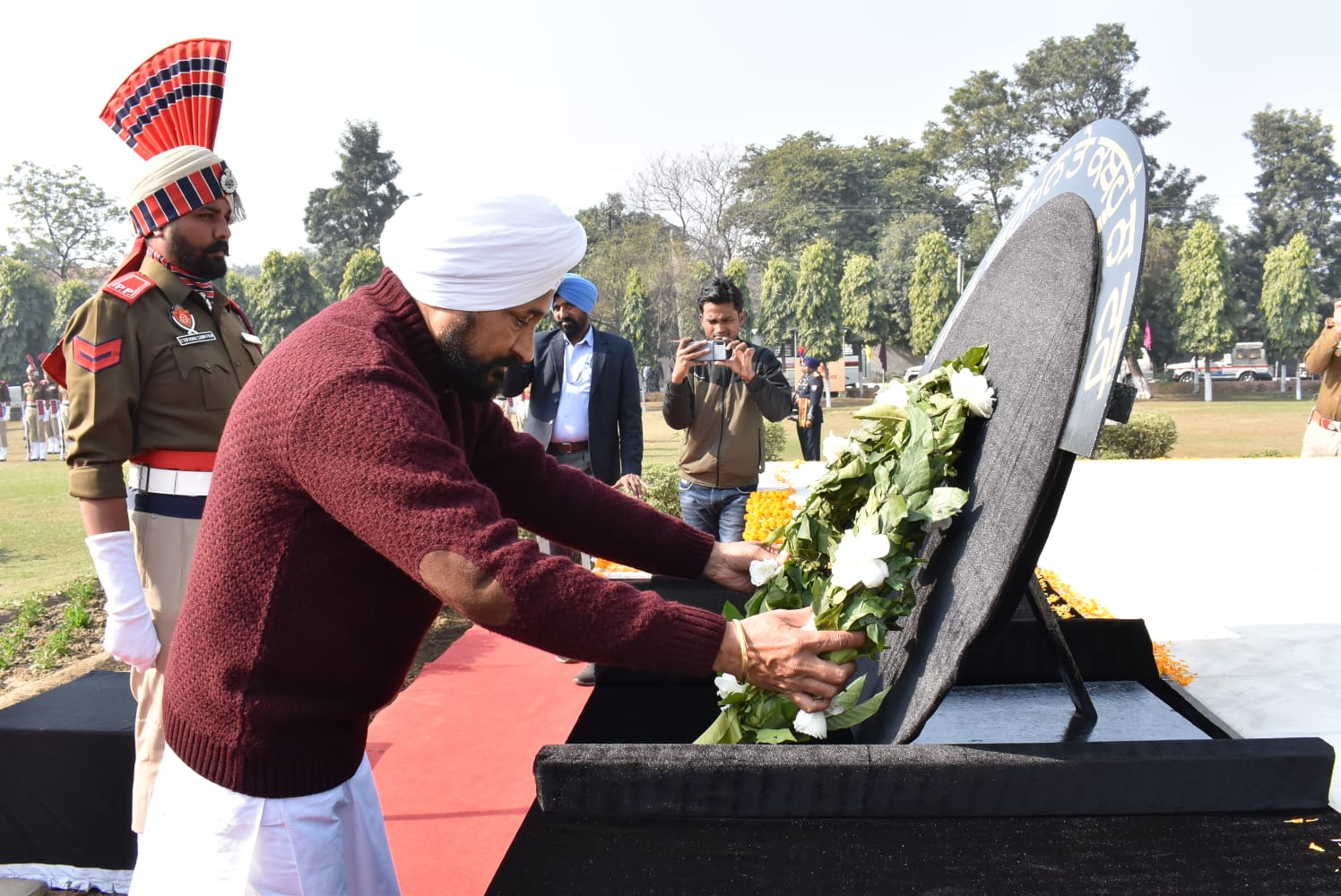 · LAUDS ROLE OF COP IN MAINTAINING PEACE AND AMITY IN STATE

Jalandhar, December 31: (STN)In a New Year bonanza for the Punjab Police personnel, the Punjab Chief Minister Charanjit Singh on Friday announced a slew of incentives for the cops.

In a function held here at the PAP complex today, the Chief Minister while striking an emotional chord with the cops said that service in Armed forces and Police is a challenging job and only those people who have zeal to serve the country and its people join these forces. He said that state government fully recognizes the immense contribution of Punjab Police in socio-economic development of the state adding that no stone will be left unturned for welfare of Punjab Police personnel. CM Channi said that the state government is duty bound to make sure that interests of cops are safeguarded in Punjab.

CM Channi while accepting a major demand of cop announced to restart Uniform allowance from the ensuing New Year. He said that superior quality uniform will be provided to cops for which total payment will be borne by the government. CM Channi also announced free bus travel for any on duty cop in government buses adding that Police personnel will continue to get 13 months’ salary.

Likewise, the Chief Minister also said that the bomb disposal unit put their life in peril during discharge of their duty so the state government will provide risk allowance to them. He also announced to enhance Diet money for sportsmen in Punjab Police from existing Rs. 150 to Rs. 250 per day during camps. CM Channi also announced ground renovation in PAP campus at a cost of Rs. 1 crore to boost sports.

CM Channi also said that Police Sanjh kendra will be opened at Amritsar and Mohali airports to facilitate NRIs coming into the state. He also announced requisite funds for purchasing 250 vehicles in the force. CM Channi also announced to enhance the Police welfare fund from existing Rs. 10 crore to Rs. 15 crore from next budget.

CM Channi, while lauding the services rendered by the cops in maintaining peace, law and order in the country, said that nation’s progress cannot be imagined without cops. He said that Police is friend of genuine persons whereas criminals are afraid of Police. CM Channi unequivocally said that any question mark on integrity of cops is unwarranted and undesirable.

CM Channi also said that in wake of elections some forces inimical to state are hell bent upon disturbing the hard earned peace of Punjab. However, he said that Punjabis have always fought nation’s war to protect its unity and sovereignty adding that now also Punjabis will be at forefront to serve the nation. CM Channi expressed hope that with fulsome support and cooperation of people these challenges will be overcome soon.

Earlier, in his address Deputy Chief Minister Sukhjinder Singh Randhawa welcomed the Chief Minister. He also hailed the Punjab Police for rendering exemplary service to nation. Randhawa also said that no stone will be left unturned for well being of the cops in the state.

Meanwhile, on his arrival at campus CM Channi was given Guard of Honour at PAP complex. He also paid homage to the Police martyrs by laying a wreath at martyrs’ memorial. CM Channi also held interaction with the officials of Punjab Police in a welfare meeting.