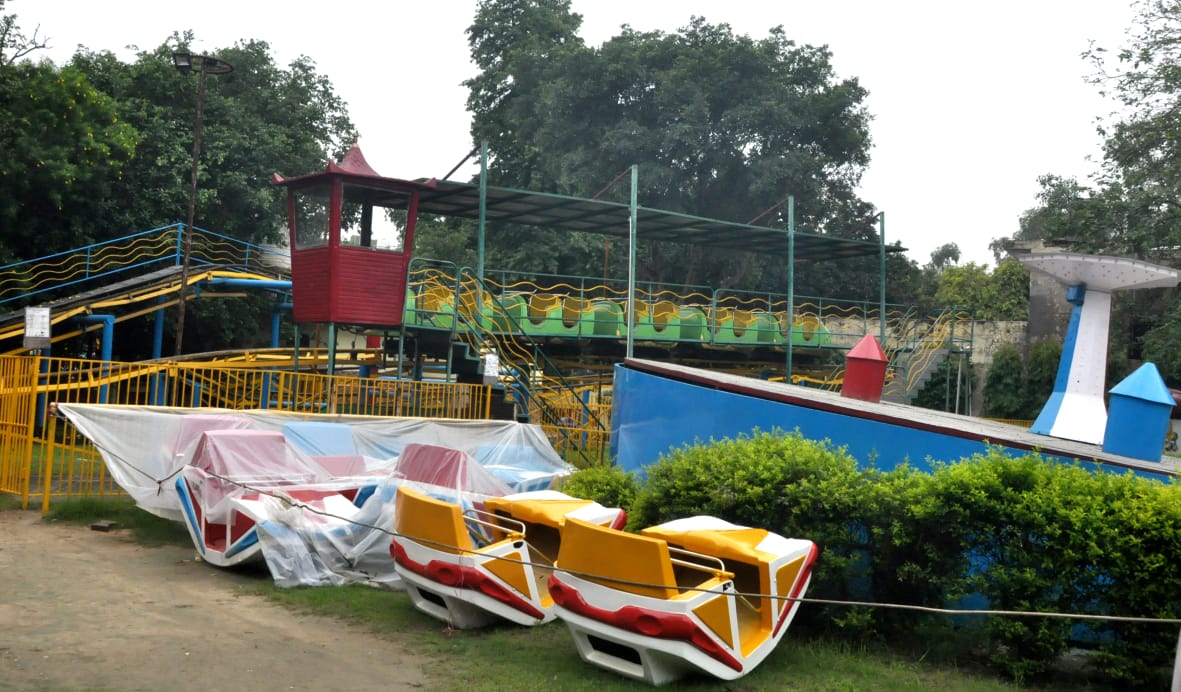 ULTRA MODERN BALLING COURT TO COME UP IN A FEW DAYS

ENTIRE PROJECT TO BE COMPLETED AT A COST OF NEARLY Rs. 12 LAKH

Deputy Commissioner Ghanshyam Thori, while giving details in this regard, said that within short span of time Nikku Park will have an ultra modern balling court besides two major swings namely Columbus and Break Dance. Thori said that nearly Rs 12 lakh would be incurred to complete these tasks, which would be also Centre of attraction for hundreds of daily visitors. He said that the Balling Court will be made operational in four-five days at a cost of Rs. 1.5 lakh while Rs. 7 lakh is being spent to revive Columbus swing besides making break dance swing functional at a cost of nearly Rs 3.75 lakh. The Deputy Commissioner said that these activities were out of order got the last eight years.

Ghanshyam Thori mentioned that the District administration had already provided financial aid worth Rs. 12 lakh to the park for making different facilities operational.

Notably, Nikku Park, which is located at the heart of the city, was in dilapidated conditions due to lack of maintenance as it remained shut due to the COVID-19 pandemic for almost a year. Mr. Thori stated that a special drive was carried out in the last few months to repair all the swings besides giving this park a new facelift at a cost of Rs. 13 lakh. He further added that all the main swings and rides in the park that includes the amusement bus, fountains, train, music fountains, floodlights, and many more have been made operational lately. Further, CCTV cameras have also been installed in the park premises.