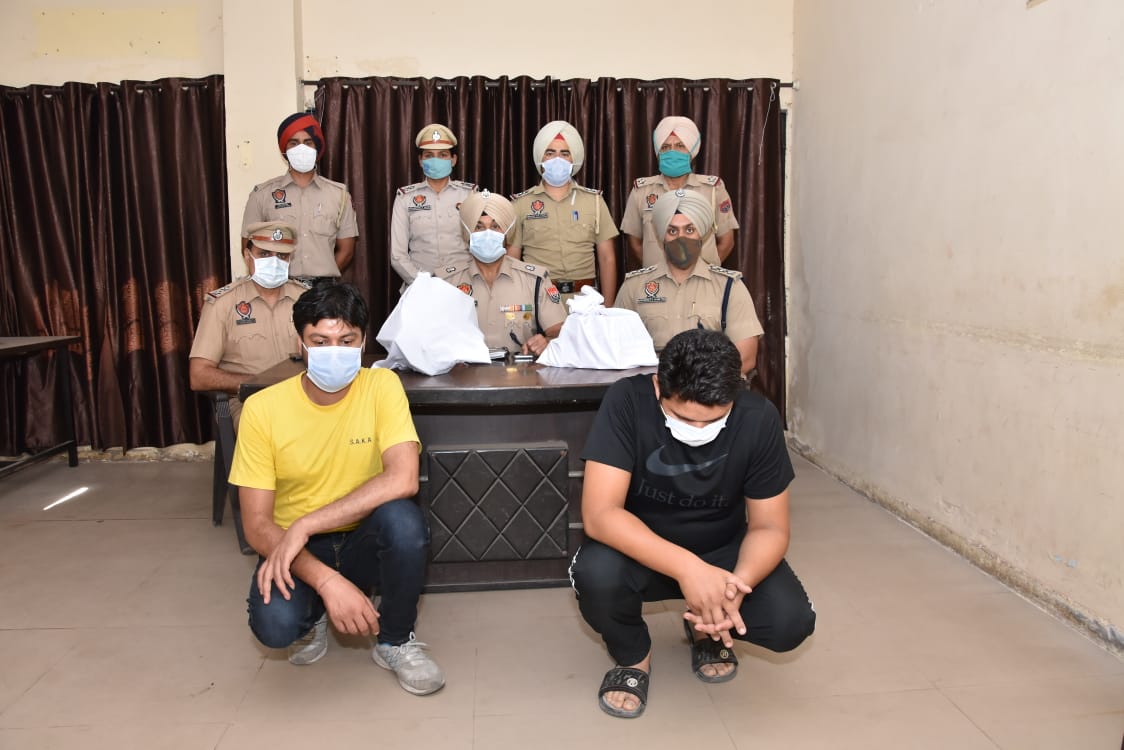 MOVE AIMED AT SNAPPING THE SUPPLY LINE OF DRUGS IN JALANDHAR

Jalandhar, May 21(STN) In a major action aimed at snapping the drug supply in the district, the Jalandhar Commissionerate Police today arrested two drug peddlers and recovered 6800 Tramadol tablets (commercial quantity) from them.

Divulging the details, the Commissioner of Police Jalandhar Mr. Gurpreet Singh Bhullar said that on a tip off a Police party led by Sub Inspector Mr. Bhagatveer Singh had organised a special checking at the T-point near Lal Rattan Cinema. He said that Police got a clue that Ashwani Sharma alias Binny s/o Des Raj r/o Makhdoompura who runs a medical shop Krishna Medical Store near Shaheed Udham Singh Nagar was supplying Tramadol drugs in his Honda Civic car PB-08 BH 0297. Mr. Bhullar said that the Sub Inspector accompanied by Drug Inspector Ms. Anupam Kalia raided the shop and conducted the extensive checking of the car.

The Commissioner of Police said that during the checking the Police party recovered 3800 Tramadol tablets from the car.

He said that during the investigation Sharma revealed that he had been carrying out this business since long and used to bring these tablets from Samrat Sabharwal s/o Charanjit Lal r/o House number 304 Dilbagh Nagar who runs a shop Shakti Trader Medical Shop at Dilkusha Market. Mr. Bhullar said that swinging into action another Police party led by Sub Inspector Amanpreet Kaur and Drug Inspector Ms. Anupam Kalia raided the shop at Dilkusha Market.

The Commissioner of Police said that during the checking the Police party recovered 3000 Tramadol tablets from the shop. He said that the Police party arrested the owner of the shop Samrat Sabharwal and registered a case. Mr. Bhullar said that further investigation into the case was going on to trace to forward and backward linkages of the drug supply.