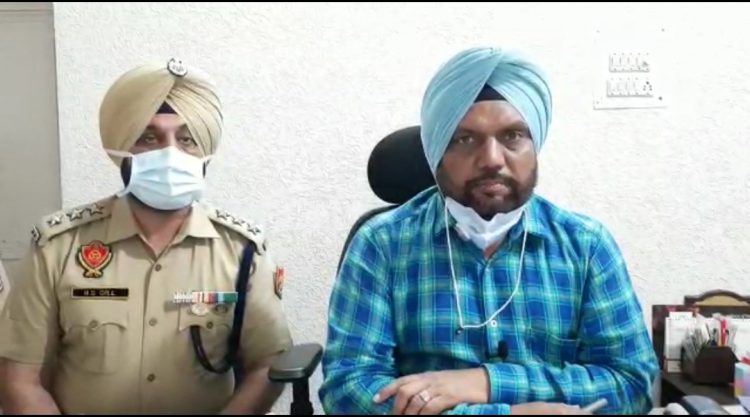 SAYS, MAIN ACCUSED HAD BROUGTH VICTIM TO THE SPA CENTER WHERE ALL FOUR ACCUSED COMMITTED RAPE WITH HER

Jalandhar, May 20(STN) In a major success, the Commissionerate Police on Thursday have arrested the Jyoti of Ludhiana District, a mastermind behind the gangrape case that took place at Cloud Spa center, Model Town Jalandhar.

Divulging the details, Commissioner of Police Gurpreet Singh Bhullar said that the police teams have arrested the Kingpin Jyoti (30) resident of New Patel Nagar, Vaddi Habbowal from Jalandhar Bus Stand adding that the another accused namely Sohit Sharma (29) a resident of Shaheed Bhagat Singh Nagar was already arrested by the Police a week ago.

The CP said that a Special Investigation Team (SIT) was constituted in this case, which was working round the clock to probe the whole incident and arrest the accused. He stated that during the investigation the Jyoti found to be the kingpin in this heinous crime, who revealed that she had brought the victim girl from Ludhiana to this Spa Centre where all four accused committed rape offence against her. She also revealed that she had been lodged in Ludhiana Jail as she was already booked in two different cases of NDPS Act. Notably, she was running a salon and presently working in an export company.

Mr. Bhullar stated that the raids were on to arrest the other accused namely Ashish Bahal of Amritsar District, Arshad Khan and Inder alias Bunty of Jalandhar district. He also mentioned that the Police remand of the main accused Jyoti would be sought from the court to ensure in-depth investigation in this case and to arrest the remaining accused. He stated that the SIT would furnish its investigation in a time-bound manner so that a charge-sheet against the accused could be presented before the court at the earliest to ensure timely justice to the victim.