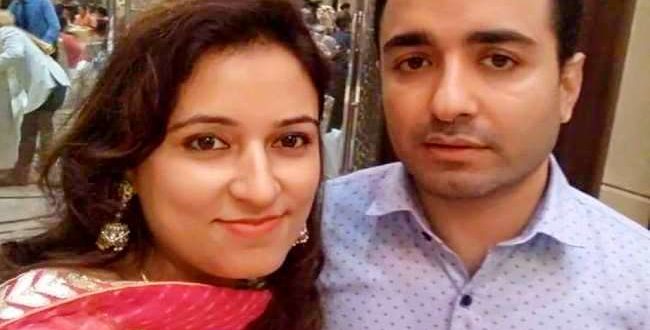 Jalandhar: September 10 (STN) Wanted Congress leader Lovepreet has been arrested in connection with the suicide of college teacher Ashima and her husband Vikas Rana in Friends Colony a year and a half ago. Lovepreet was wanted by the police in the case since the incident.

On May 12, 2020, Asima Rani had committed suicide by setting a trap in her house. Police had not received any suicide note in the case. Father Roop Lal Kalia had given a statement to the police that husband Vikas Rana used to harass his daughter. According to the father, Ashima had quit her job in college after having children while her husband was pressuring her to work again. And also third angle was Congress leader Lovepreet Singh. Husband and wife used to quarrel over this matter. Fed up with this, Ashima had committed suicide. Only 24 hours later, her husband’s body was found on the railway track. In the end, the police investigated the case from Lovepreet Angle and registered a case and nominated him. Since then, Congress leader Lovepreet had been absconding. As soon as the police commissioner changed, finally on Friday, Lovepreet Singh was arrested.