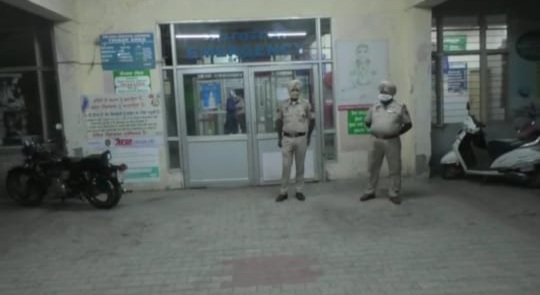 Ludhiana: On April 20 (Pardeep Bhandari) from the Civil Hospital, a case of suicide by a Corona patient has come to light. The deceased has been identified as Satpal, a resident of Shimlapuri area of ​​Ludhiana. The police officer who arrived on the spot said that Satpal was admitted to the Civil Hospital in Ludhiana a few days ago while undergoing treatment at a private hospital in Ludhiana. He was undergoing treatment at the Civil Hospital and was admitted to the Corona ward. He ended his life by hanging himself with a fan in his own ward late this evening. Police reached the spot and are investigating the case.