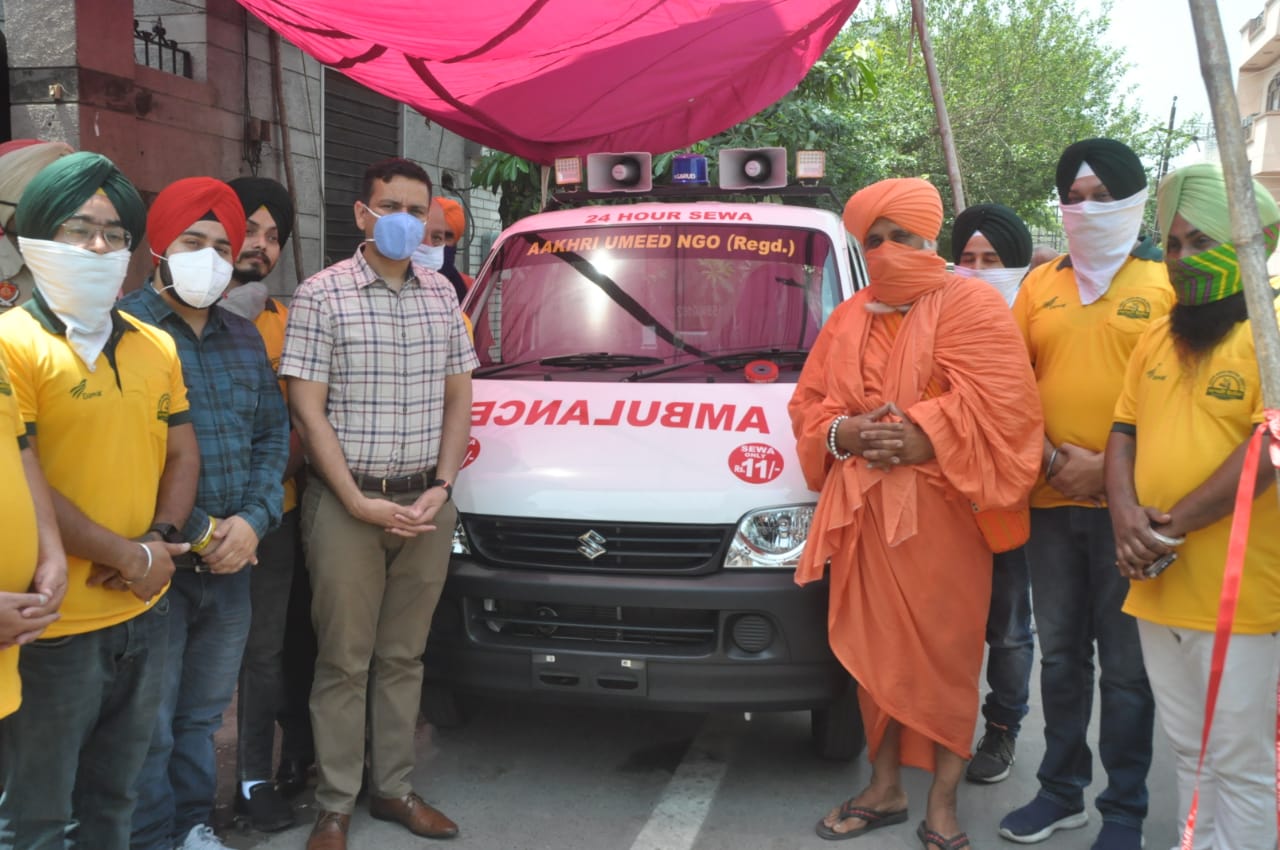 Launching the much needed service for the well being of the people, the Deputy Commissioner described it as a real service of the masses. He said that this exemplary service has hardly any parallel not only in the state but country also. Mr. Thori said that this ambulance equipped with oxygen facility could save the valuable life of the people in dire need.

The Deputy Commissioner said that any needy person desirous of availing the benefits of this ambulance service could call at 9115560161 and get the service. He said that in the present covid crisis when acute pressure has been casted on the healthcare system the efforts of NGOs like Aakhri Umeed, which is running this ambulance service, were a ray of hope for the masses. Mr. Thosi also said that the work of these NGOs was acting as inspiration for the other masses to serve the needy and underprivileged people in this hour of grave crisis.

Meanwhile, President of NGO Mr. Jatinder Pal Singh apprised the Deputy Commissioner and Baba Seechewal about the efforts being made by the NGO for welfare of the people. He said that the NGO had till now cremated more than 500 dead bodies of Covid infected patients besides providing relief to the family members of needy patients. Mr. Jatinder Pal Singh also said that the NGO had been providing food, medicines, and clothes to the needy people @ Rs 11.