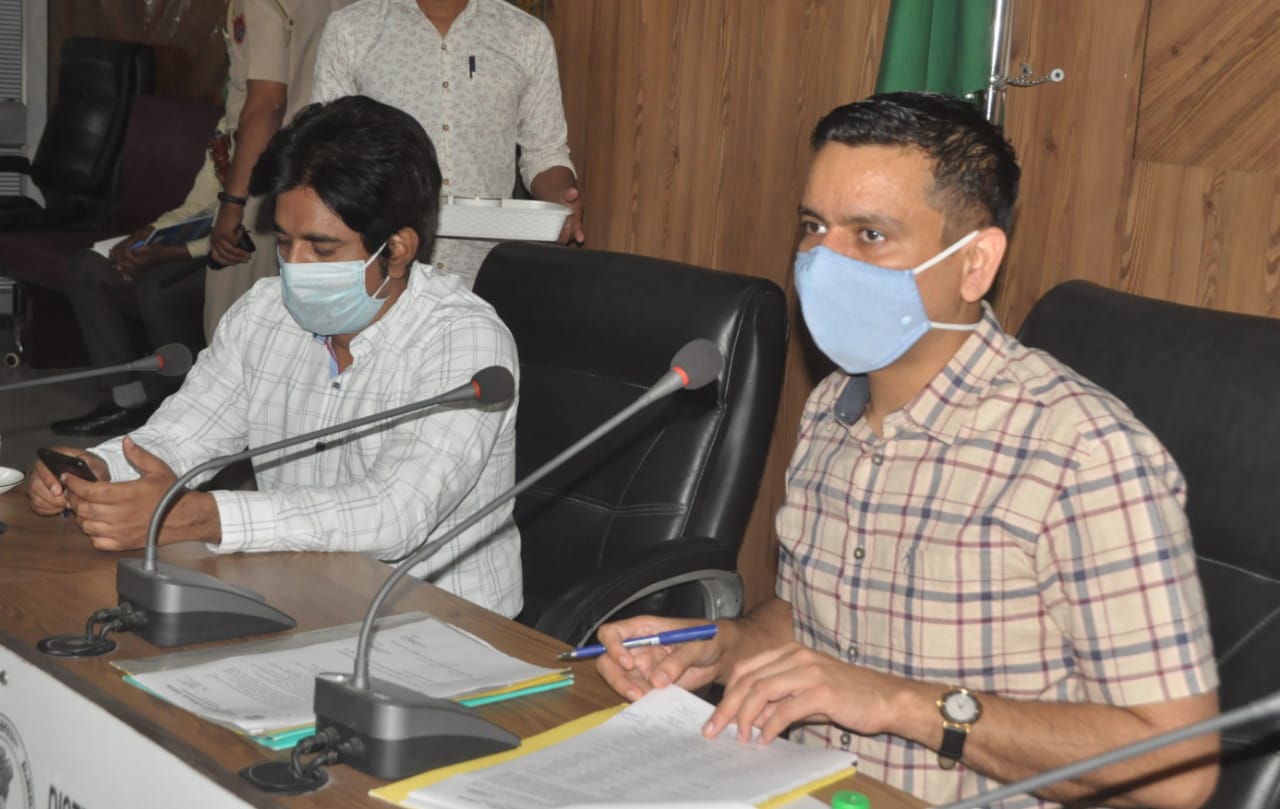 Jalandhar, April 22-(STN) With a view to ensure optimum utilization of oxygen gas to save precious lives of Covid-19 patients, Deputy Commissioner Ghanshyam Thori on Thursday asked officials to conduct round the clock monitoring on oxygen supply in the district.

Chairing a meeting of different government departments at the district administrative complex, the deputy commissioner asked Deputy Commissioners (Excise and GST) to form special teams of their officials to conduct checking of availability and supply of oxygen gas to hospitals. He stated that as per government directions, the oxygen supply is to be made to hospitals on priority basis and if any stock was left after fulfilling the requirements of hospitals, only then it can be supplied to the exempted nine industries. Mr. Thori further mentioned that the checking to be made on three main points comprising total supply being made to hospitals and their consumption, total demand of oxygen cylinders in hospitals, and availability of filled and empty cylinders in industrial unties in the district

The deputy commissioner said that only two officers were authorized to grant permission to supply oxygen gas to exempted nine industries only after meeting the requirement of all local hospitals. Meanwhile, the deputy commissioner has directed local police authorities to conduct checking of vehicles carrying oxygen cylinders whether supply was being made to hospitals or other institutions. If vehicles were found to be supplying oxygen gas to industries without written approval from Assistant Commissioner Hardeep Singh and Deputy Director Local Bodies Department Darbara Singh, strict legal action would be taken in such cases.

The DC also asked nodal officers appointed for private hospitals to immediately contact their assigned hospitals and ask them to reserve at least 75 per cent of their beds for Covid-19 patients. He also directed these nodal officers to urge hospitals to buy oxygen concentrators and install PSA based oxygen plants while checking utilization of oxygen cylinders in these hospitals.

Notably, the district administration has ordered five oxygen concentrators for civil hospital besides installing its own oxygen generation plant to reduce heavy demand of this gas.