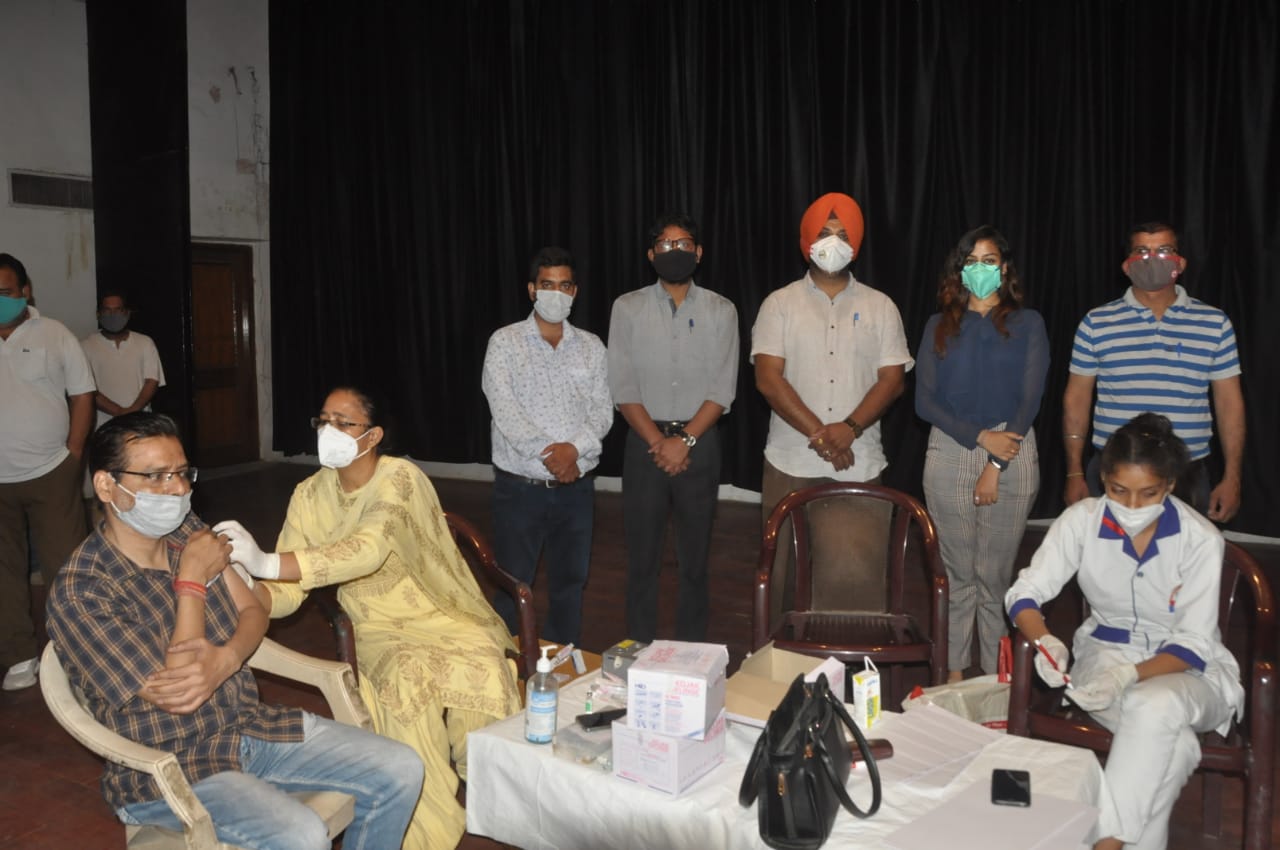 Jalandhar, May 4-(STN) Describing inoculation as the most effective weapon against the Covid pandemic, the Deputy Commissioner Jalandhar Mr Ghanshyam Thori today envisioned that Jalandhar would soon win war against Corona virus through comprehensive vaccination drive.

Inaugurating a special inoculation camp organised by the district administration for the journalists here at the local Red Cross Bhawan, the Deputy Commissioner said that Jalandhar was the leading district in state as far as Covid vaccination was concerned. He said that due to active support and cooperation of people administration has been able to minimise the damage caused to previous lives of people due to corona. Mr Thori said further strenuous efforts were already afoot to provide maximum relief to people in this hour of crisis.

The Deputy Commissioner assured the scribes that Punjab government in general and district administration in particular would leave no stone unturned for ensuring well being of the journalists in this hour of crisis. He also solicited the support and cooperation of the journos for spreading maximum awareness against the pandemic. Mr Thori said that district administration was committed for well being of the entire journalistic fraternity.