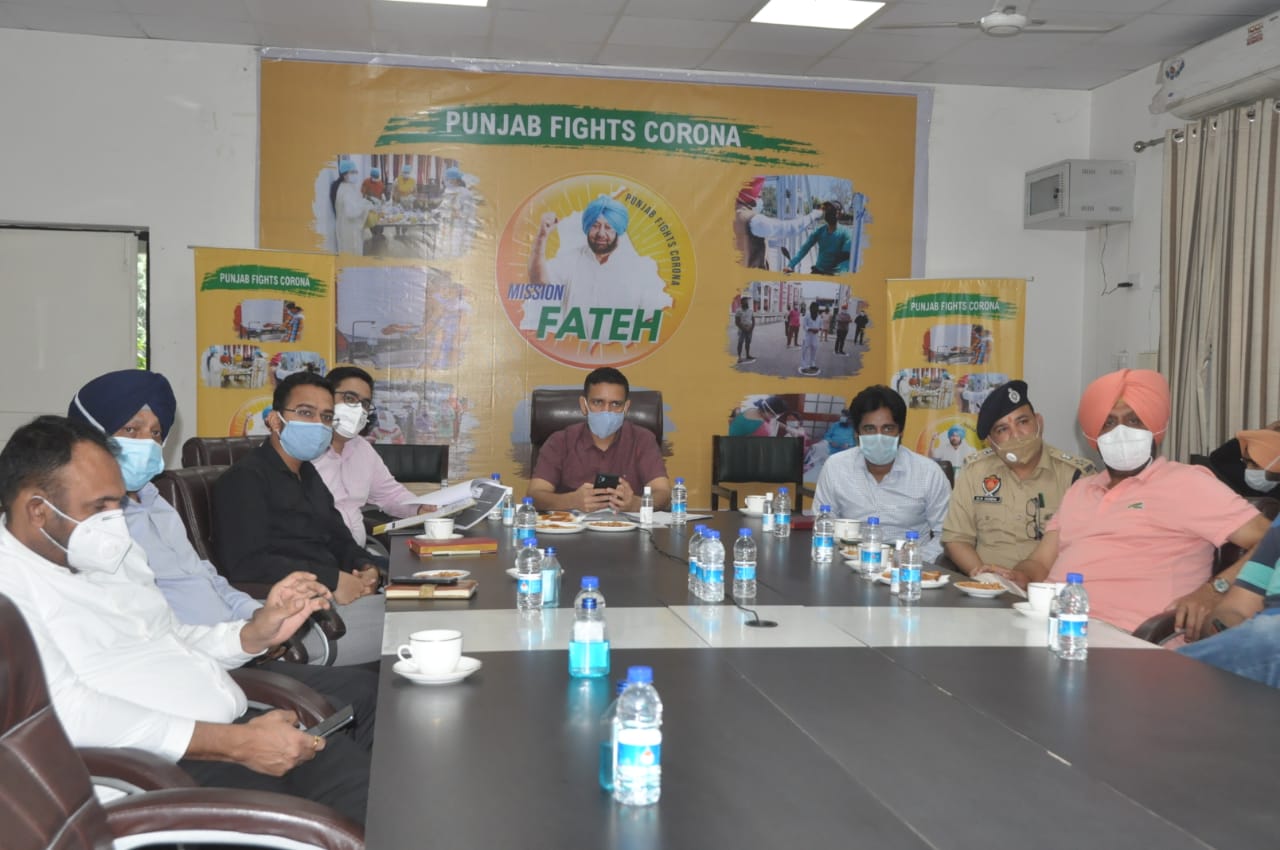 Jalandhar, May 18- (STN) Deputy Commissioner Ghanshyam Thori today underscored the need for a massive awareness drive to effectively combat the Covid surge in the rural areas of the district while participating in a virtual launch event under Mission Fateh presided over by Chief Minister Captain Amarinder Singh.

The Deputy Commissioner said that an intensive sensitization drive in villages was need of the hour to curb the spread of pandemic by educating rural folks about Covid-19 symptoms and importance of testing and treatment at first stage. He directed the officials to engage Sarpanches, Panches, school teachers, Anganwari workers, ASHA workers, volunteers of National Service Scheme, village-level youth clubs and red-ribbon clubs in this battle against the pandemic.

Mr. Thori said as per medical experts, the delayed reporting by the patients in rural areas was cause of concern; however, the early testing can change the whole scenario by enabling authorities to initiate treatment of positive patients within stipulated time-frame.

The DC stated that this campaign would help to identify the cases at the primary stage and break the transmission chain by isolating infected persons earliest. He said these joint teams of volunteers would act as ambassadors for carrying forward the message of early testing and treatment besides vaccination of the eligible.

The deputy commissioner said that the teams can play a decisive role in ensuring Punjab’s victory in its war against the pandemic by educating the people to obey protocols including properly masking, washing hands, and practicing social distancing in their daily routine.

Deputy Commissioner said that these teams can play a significant role in this drive as only alertness can help in keeping the Covid-19 pandemic under check. The DC further added that 100 percent vaccination in the villages would serve as a catalyst in containing the virus spread and encouraged Panchayats to launch a vaccination drive for the rural folk besides directing health officials to coordinate with village Panchayats in this task.