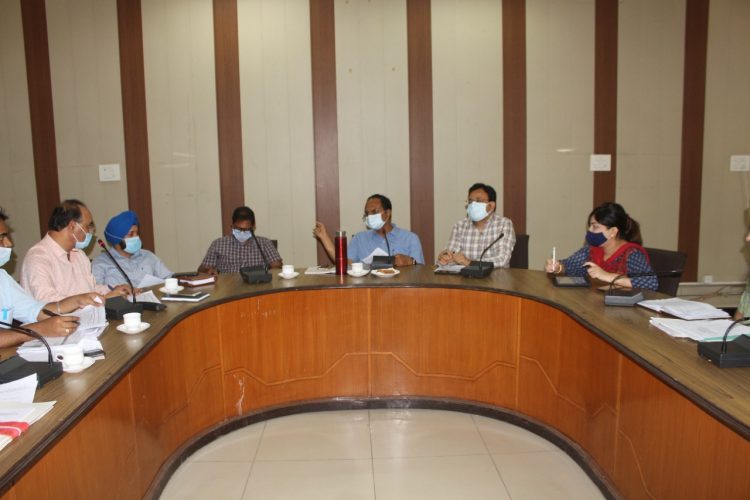 Presiding over the meeting of the district environment committee in Bachat Bhawan, he said that the committee has been constituted by the Department of Science, Technology and Environment to monitor the performance of the various measures for the protection of the environment in the district.

He asked the departments including Punjab Pollution Control Board (PPCB), Local Government, Municipal Corporation, Transport, Industry, Rural Development and Panchayat, Soil Conservation, Agriculture, Police and PWD (B and R) to ensure compliance with the submitted action plans within the timeframe and send the progress reports regularly to his office.

The Deputy Commissioner also asked the officials to conduct a detailed survey of all illegal colonies in the district and submit the report by July 31.

He stated that to ensure a clean environment and use of the sewage water for the irrigation after proper treating, work on several new Sewage Treatment Plants (STPs) and Effluent Treatment Plants (ETPs) is underway in various areas of the district and these projects need to be completed at the earliest. He said that besides solving the sewerage problem of the concerned areas, these would also help in making the district clean and green.

The Deputy Commissioner told that the entire projects need to be completed in a time-bound manner and asked the officials to give top priority to the environment so that the administration can give a safe enviornment to the coming generations.