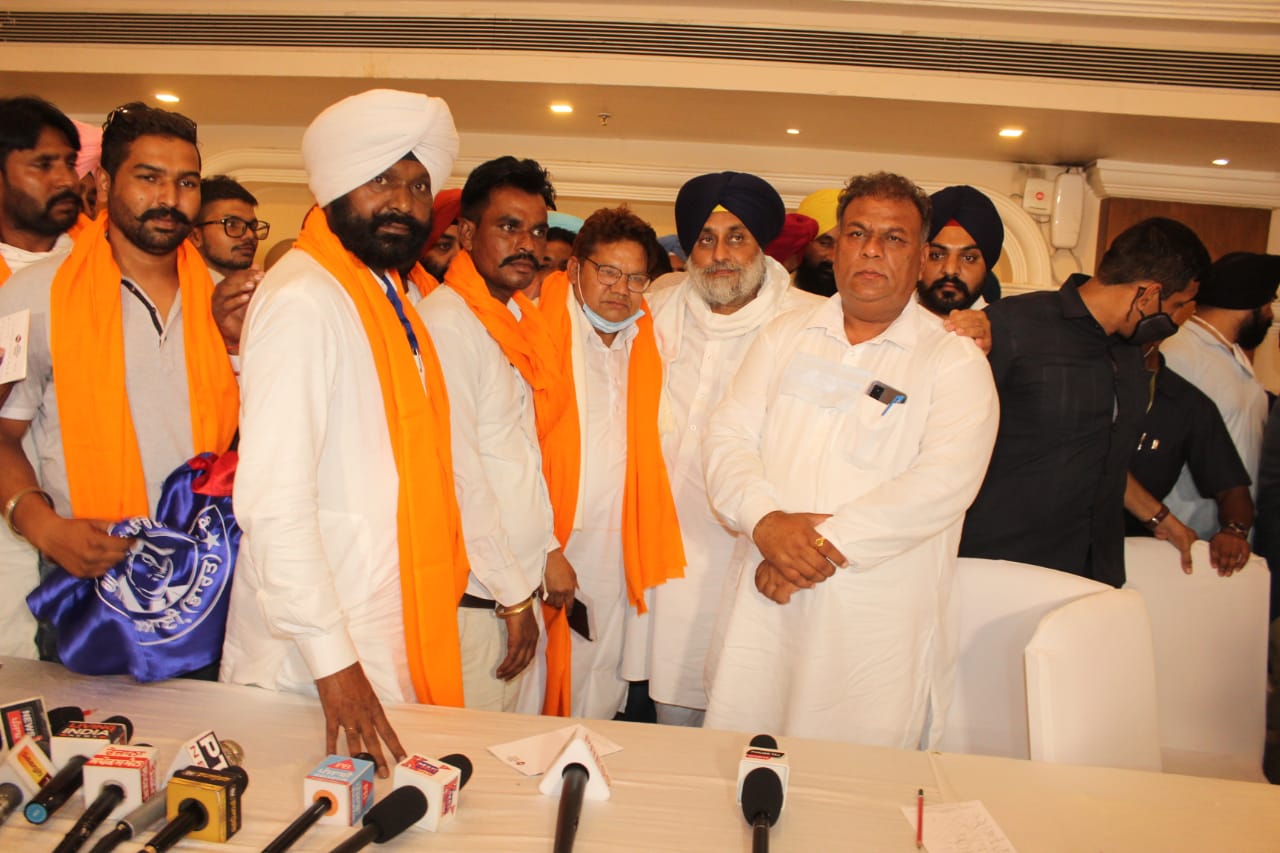 Jalandhar, July 16(STN) In a major boost to the Shiromani Akali Dal (SAD) – Baahujan Samaj Party (BSP) alliance, the Democratic Party of India (DPI) today offered to join forces with it give a fillip to pro-Punjab forces and defeat the nefarious designs of the Congress – AAP combine.
DPI President Parshottam Lal Chaddha offered unconditional support to the SAD-BSP alliance at a press conference attended by SAD President Sukhbir Singh Badal and BSP leader Dr Nashattar Pal.
Speaking on the occasion, Mr Chaddha said the SAD had always stood for the poor, labourers and backward sections of society. “I appeal to the Dalit and backward communities to collect under one umbrella to strengthen the pro-Punjab and pro-poor forces. Such an opportunity to form a government which guarantees safeguarding the interest of the poor and backward sections will not come again. We should not lose it at any cost”.

Interacting with the media, Mr Sukhbir Singh Badal said “our aim is to collect all sections of society including farmers, poor, labourers and traders under one platform”. He said the SAD had always worked for the under-privileged. “Former chief minister Parkash Singh Badal is responsible for introducing all present day welfare schemes for Dalits and backward sections including old age pension, aata-daal scheme and shagun scheme” He said similarly Mr Parkash Singh Badal was responsible for taking care of the religious places of worship of all communities be it Ram Teerath sthan and Durgiana Mandir or the Guru Ravidas memorial at Kuralgarh”.
Mr Badal said the SAD understood the regional aspirations of the people as well as each section of society in direct contrast to the Congress and AAP who were only interested in befooling people to acquire power in Punjab. He said even now the Congress party was busy in infighting leaving the people of the State to their fate. He said this had been proved by Navjot Sidhu who had all along been working to topple chief minister Capt Amarinder Singh and had done nothing for the welfare of Punjabis. Show me one achievement of Sidhu as a minister”, he asked.
Speaking about the fraud being perpetrated by AAP Convener and Delhi chief minister Arvind Kejriwal in Punjab, the SAD President said if Kejriwal was really serious about implementing the 300 units free power promise in Punjab he should first implement it in Delhi. Mr Badal said Kejriwal had admitted in the very press conference in which he announced the promise that in case there was a consumption of even one unit more than 300 the beneficiary would have to pay the entire bill. “The same is in Delhi where consumers have to pay the entire bill if they consumer one unit more than 200 units per billing cycle”, he added.
Others present on the occasion included Democratic party of india (DPI) Punjab President Darshan Singh Gill, SGPC President Bibi Jagir Kaur, Pawan Kumar Tinu, Dr Sukhwinder Kumar Sukhi, Gurpartap Singh Wadala, Baldev Khaira, Sarabjit Singh Makkar and Kulwant Singh Mannan. EOM
Jangveer Singh