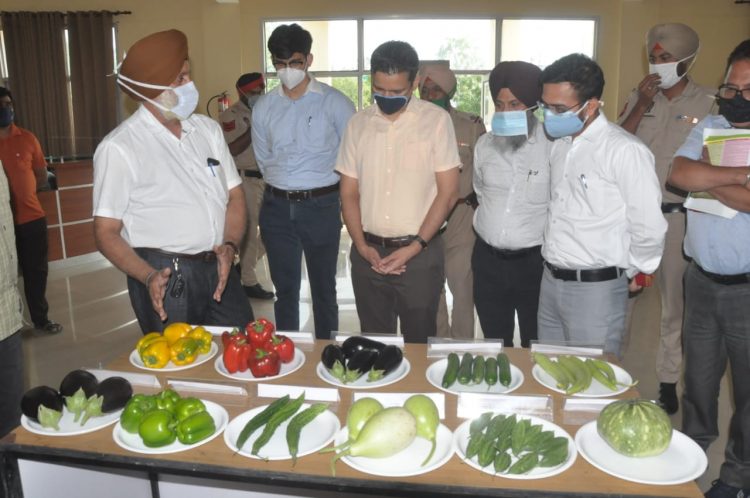 SAYS, FARMERS COULD BOOST THEIR INCOME THROUGH THIS STATE OF THE ART CENTRE

Kartarpur (Jalandhar), June 6-(STN) Deputy Commissioner Ghanshyam Thori has directed the management of Centre of Excellence for Vegetables (Indo-Israel) to ensure optimum utilisation of technology to enhance the reach of its products among populace.

While visiting this centre, the Deputy Commissioner accompanied by Chief Agricultural Officer Dr. Surinder Singh, Deputy Director Horticulture Dr. Ranjit Singh and Project Officer Centre of Excellence Dr. Daljit Singh, asked the officials to develop IT infrastructure and a mobile app so that farmers can take the advantage of these technological advancements to boost their income.

The project officer apprised the DC that the produces of this centre were being supplied to customers directly through small battery operated vehicles adding the centre was being run profitably.

Lauding the efforts being made by the Centre for safeguarding the interests of the farmers, the DC said that this Centre of Excellence was playing a vanguard role in ensuring prosperity of farmers of the state and particularly of the region. He said that the ultra modern techniques used in this center acquaints the farmers with the global technology being used in the field of agriculture so as to update their expertise for making sure that they reap maximum profits from diversification of agriculture. Mr. Thori further said that latest know how in this institution being run with collaboration of Israel gives valuable information to farmers especially about maximizing their profit from produce. The centre also having cold storage facilities to increase shelf life of vegetables.