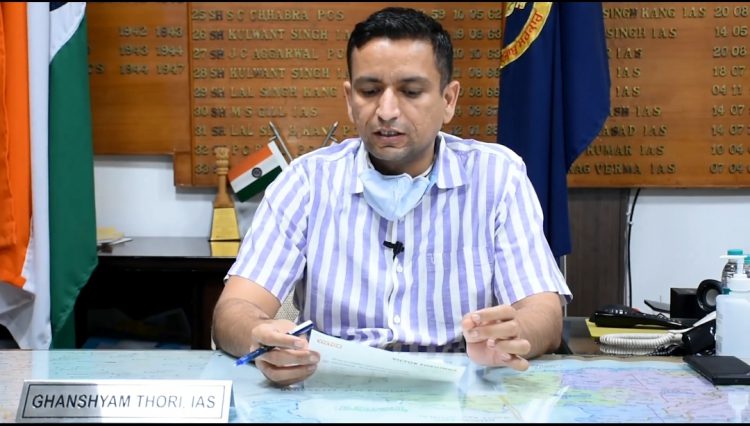 Jalandhar, May 21(STN) In a bid to ensure safety and security of people living in localities where high-tension electric wires are hanging around their houses, the state government has approved a grant of Rs. 61 lakh to shift and replace these live cables in various residential colonies of the city.

Divulging the details, Deputy Commissioner Ghanshyam Thori said that the funds would be incurred to shift and replace these wires with the new safe and secured cable lines. He added that the Finance Minister Manpreet Singh Badal has approved a grant of Rs. 6100391 from his small-savings discretionary funds 2021-22.

Pointing out further, the DC said that a total of Rs. 23,93,000 would be spent on changing high-tension wires in Shaheed Babu Labh Singh Nagar, Ward No. 72 including laying of new cable lines in the locality. He mentioned that people had been demanding to remove these wires which were hanging close to the houses thus posing a great risk to their safety and security.

Similarly, in Ward No. 36, Bhargo Camp locality ACRC wires to be replaced with new cables at an outlay of Rs. 211000 followed by another project worth Rs. 2755000 to shift 11 K.V. lines of Basti Danishmanda and Basti Gujan, which goes through Joshan Avenue, he added. Mr. Thori stated that an amount of Rs. 7,41,000 to be spent on removing 11 K.V. wires hanging over houses in village Rasulpur besides laying of three XLPE core cables.

The DC said that this grant would fulfill the demands of people living in these localities while infusing a sense of security among them after shifting of these dangerous hot wires. He directed the officials of Power Corporation to immediately start these projects so that shifting of wires from houses could be completed within the stipulated time-frame