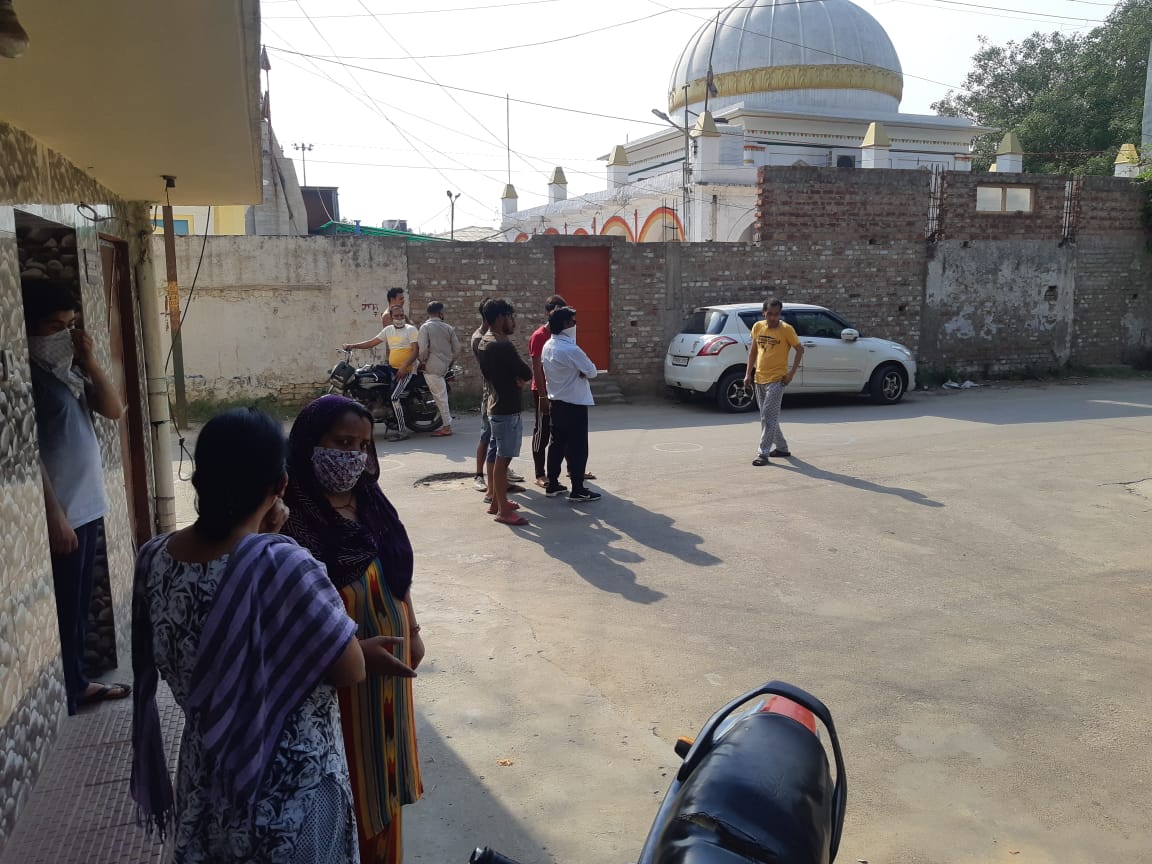 Jalandhar: 16, May (STN) A case of firing bullets in Jagdambe Galli locality behind the famous Sodhal temple in the metropolis has come to light a while back. It is being told that Nesheri youths often keep a wave in the park built in this locality. Due to which the residents of Mohalla are often disturbed. Despite the last night curfew, the drunk youths were abusing the locality. Due to this, a Mohalla resident asked him to leave from there.

After which they collided among themselves. In order to take revenge, some youth came to the locality today and opened fire at the house of the Mohalla resident who had collided at night. In the meantime, standing on the roof of the house, the Mohalla resident also opened fire. Due to this, an atmosphere of panic was created in the area. In this incident, some bullets started going into Artika cart no. PB 08 CZ 5152 parked in the locality. Police is investigating the incident by reaching the spot.