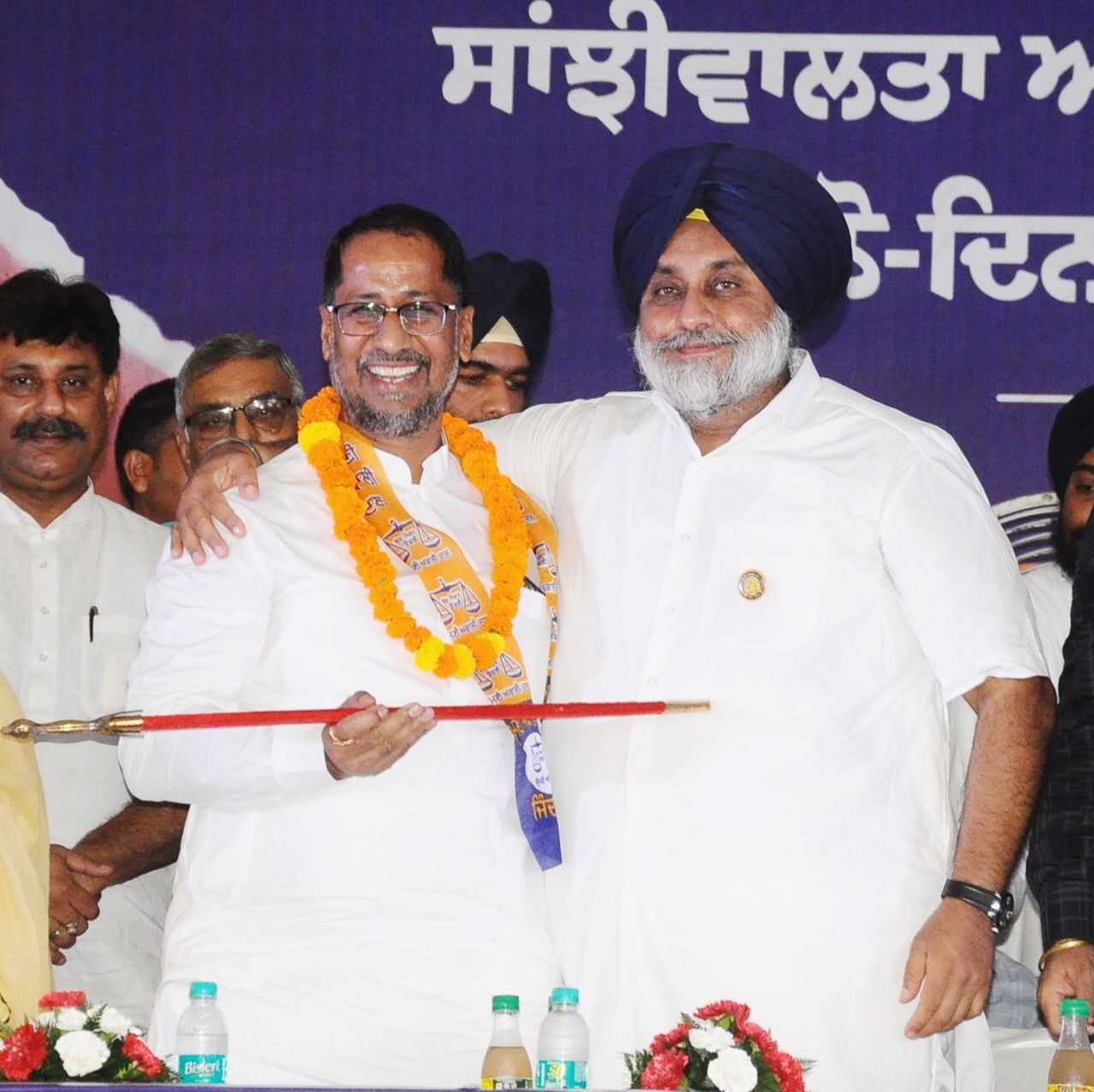 The leaders were welcomed into the SAD by its President Sukhbir Singh Badal and the senior party leadership at a huge function attended by a large number of supporters of the BJP leaders who gathered here from all parts of Punjab. The ‘pandal’ reverberated with slogans of “Bole so Nihal, Sat Sri Akal”, “Har Har Mahadev” and “Jaikara Sheranwali Da” in keeping with the pluralistic culture of Punjab.

Terming the induction of the senior BJP leaders into the SAD fold as a historic event, the SAD President said the joining of former minister Anil Joshi and other senior BJP leaders into the SAD had sent a clear message to those trying to create insecurity amongst urbanites that SAD was committed to its vision of peace and communal harmony. “I will forfeit my life but won’t let peace and communal harmony of Punjab be destroyed at any cost”. He also led the party in passing a resolution dedicating the historic day to the Kisani Sangharsh as well as supreme sacrifice made by Sant Harchand Singh Longowal for the cause of communal harmony.

Speaking on the occasion, Mr Anil Joshi said the SAD-BJP alliance had been stitched by former Prime Minister Atal Behari Vajpayee and former chief minister Parkash Singh Badal and was done to remove the frictions in society after a period of terrorism. He said the alliance had sent out a message of peace and had resulted in tranquility and prosperity in Punjab. Mr Joshi said he was forced to take the extreme step of quitting a party which he had nourished because the BJP turned a blind eye to the genuine demands of farmers. “Even our State leaders misled the central leadership”. He said he had decided to join the SAD because it was the lone party which stood for regional aspirations. “The Congress party does not understand the pain of Punjabis while the Aam Aadmi Party (AAP) only wants yes men as legislators whom it controls by remote from Delhi ”.

Other BJP leaders also spoke on the occasion. Mrs Sukhjit Shahi said her conscience did not allow her to go against the farming community. Mr Mohit Gupta from Bathinda said he was inspired by the work done by SAD and particularly by Bathinda MP Harsimrat Kaur Badal to take the city to the next level. Mr Kamal Chatly said the BJP had erred by not reviewing its decision regarding the three agriculture laws.

Earlier while welcoming all the BJP leaders into the party fold, Mr Bikram Majithia lauded them for taking a stand in favour of the farmers and choosing to join the SAD which was a representative party of farmers. He described Mr Anil Joshi as a performance oriented leader who had always served his constituency and people of Majha with utmost dedication.