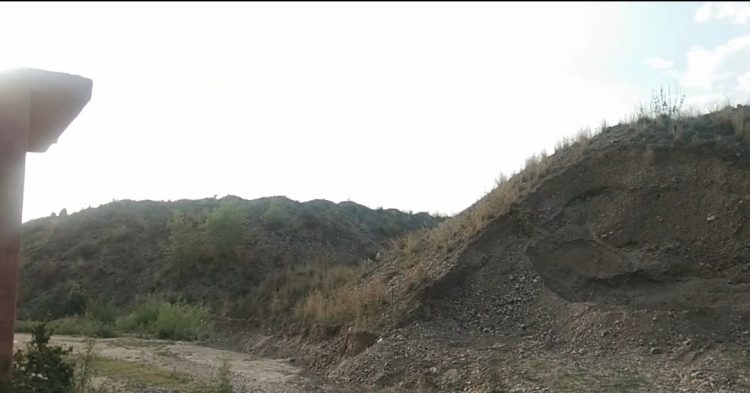 Pathankot:May,5(STN) The huge piles of ra-materials of gulbels i.e. gravel on the land lying near the ravine in Aner village of Pathankot created a new controversy. Some people are accusing each other in order to capture what is seen as a mountain filled with thousands of tons of raw material and in this the Panchayat of Aned village has an important role when it comes to this matter. It is in the Hon’ble High Court but still the administration is not paying any attention to it, at the place where you can see these mountains of material, in fact it is the owner of many people, mainly Kewal Kishan and Kavita.

Apart from this, 10 to 15 And there is also a claimant to the owner of this land. All of them, fed up with the rude attitude of the administration, also knocked on the door of the honorable court, despite this, the people who auctioned this heap in a wrong way are threatening the villagers day by day. According to the villagers and complainant Kavita and kewal Krishna, ministers are also involved in this auction. According to the complainant, a minister is also the role of his PA’s brother. According to the complainant, this is what you are seeing piles of material. Its price is between three to four crores and it is about 7000 tipper’s goods but it is sold by BDP. o It was bid by Pathankot for just 3000000 (Thirty Lakh) who are totally defrauding the Mining Department, according to existing XEN Gurdaspur, they have completely banned the lifting of this disputed goods in Anede and while the complainant’s According to this, a tipper was taken from here in the presence of BDPO on the 2nd, it is clear that the administration is working under political pressure without paying any more attention to it.