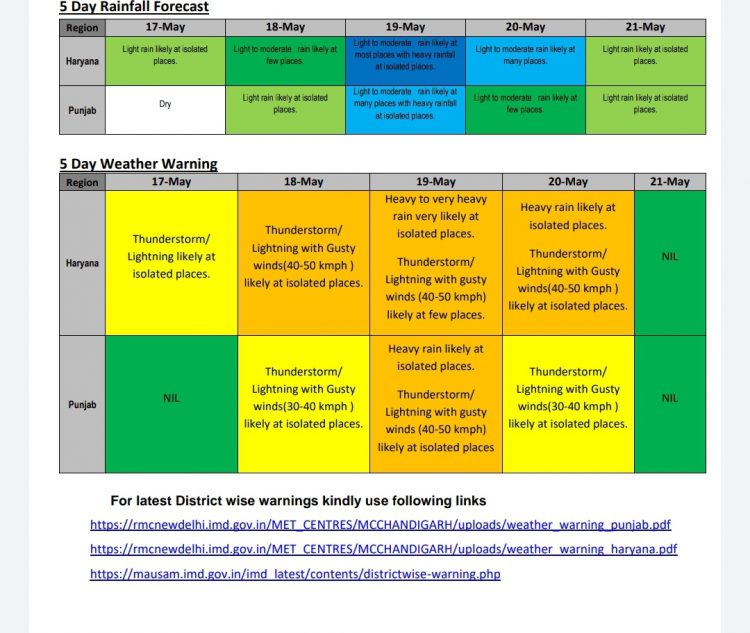 Chandigarh:18,May(STN) Increased rainfall activity over Haryana, Chandigarh and Eastern & Southeastern
Punjab during 19th to 20th May 2021.

Light to moderate rainfall (1-3 cm) at few places very likely to commence from southern parts
of Haryana from evening of 18th May 2021 and very likely to cover Most parts of Haryana &
Chandigarh and Many parts of Southern, Eastern and North Eastern Punjab during
subsequent 48 hours (19th to 20th May 2021). Heavy rainfall (7-10 cm) likely at isolated
places over Haryana and eastern Punjab during this period. Said spell also likely to be
accompanied with Thunderstorm/Lightning and gusty winds 40-50 kmph. Expected impacts
and suggested measures are attached in this regard.