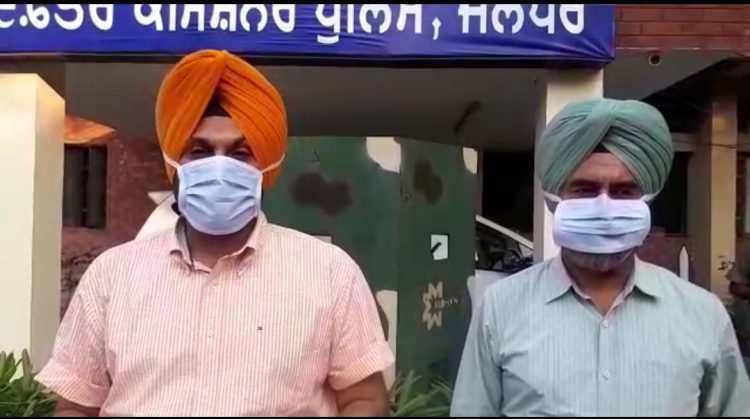 Recovers 1.680 kg charas being pumped into Punjab from HP

Jalandhar, May 20(STN) Tightening the noose around drug peddling in the district, the Jalandhar Commissionerate Police on Thursday busted an interstate gang involved in smuggling of Charas by recovering 1.680 kg of drug from them.

Divulging the details, the Commissioner of Police Mr Gurpreet Singh Bhullar said that on a tip off the CIA staff Jalandhar I had organised a special checking at Dairy Chowk in Model Town. He said that the team spotted a white swift PB 08 ES 4629 but after noticing the Police party the driver of the car tried to turn the car. However, Mr Bhullar said that swiftly swinging into action the Police party nabbed three youth sitting the car identified as Varun Kumar, Mohit Sharma and Simranjeet Singh Randhawa.

The Commissioner of Police said that sensing that some suspicious thing was in the car the Police party called on the Assistant Commissioner of Police Model Town Mr Harinder Singh Gill on the spot and conducted the checking of the car. He said that during the checking the Police recovered 900 gram of charas from
Varun Kumar, 700 gram of charas from Mohit Sharma alias Pandit and 80 grams of charas from Simranjeet Singh Randhawa. Mr Bhullar said that on investigation the accused revealed that they used to bring the drug from Himachal Pradesh and sell it at high rates adding that Police immediately arrested all the culprits and registered a FIR under section 20/61/85 of NDPS Act at Police Division Number 6.

The Commissioner of Police said that the trio used to smuggle the drug into state from Himachal Pradesh and then used to sell them on exorbitant rates in the state. He said that Simranjeet Singh Randhawa was earlier arrested by Police in a case registered on August 8,2017 under section 307, 160, 148, 149 and 212 of IPC and 25, 27 of Arms Act registered at Police Division number 7 and was out on bail since 2018. Mr Bhullar said that forward and backward linkages of the interstate gang were under scanner and soon more people would be behind the bars.