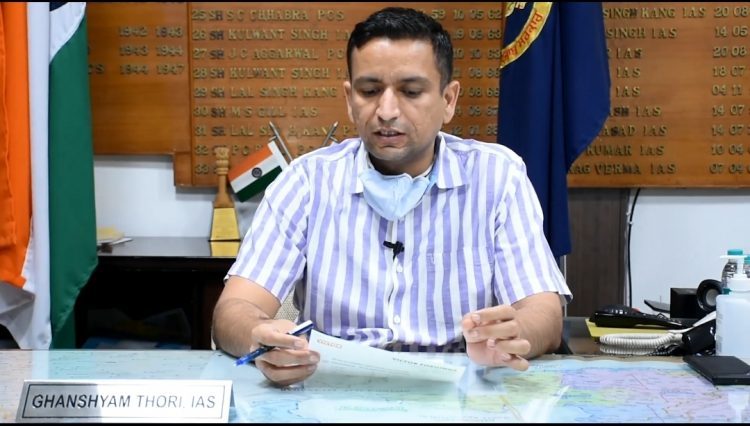 Jalandhar, July,4(STN) In another breakthrough, Jalandhar district has crossed the mark of 7 lakh in vaccination by administering 7,13,759 doses to eligible beneficiaries.

Divulging the details, Deputy Commissioner Ghanshyam Thori stated that as many as 5,77,220 and 1,36,539 beneficiaries have been given first and second doses respectively. He mentioned the special efforts made by the administration in last two days under mega vaccination drive. About 225 special mobile vaccination camps were set up on Saturday to inoculate a large number of beneficiaries.

The DC added that some camps were also organized on Sunday to administer the remaining doses; however, he added that more such camps would be held in the district as soon as the fresh stock of vaccine was received. He thanked the people of Jalandhar district for their support and cooperation in these camps, without which this achievement was almost impossible. Mr. Thori also lauded the efforts of social and religious organisations for their immense contribution in this task besides hailing the entire healthcare workers.