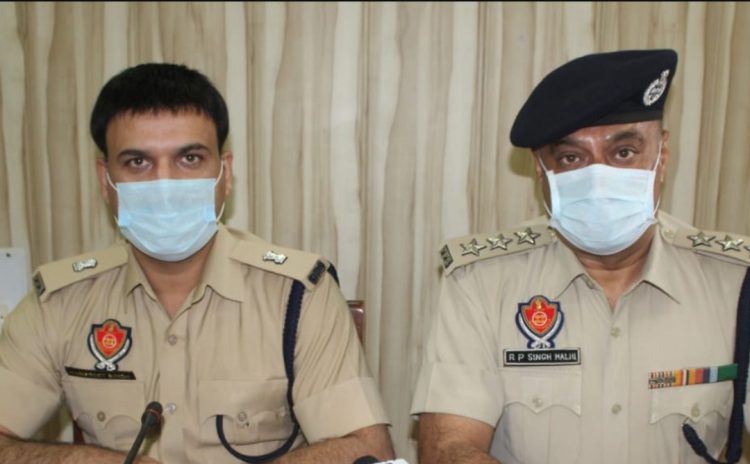 Khanna / Ludhiana, May 13 (STN) – Senior Police Superintendent Khanna Mr. Gursharandeep Singh Grewal while giving information in a press conference said that Khanna Police has achieved a great success in its special operation to curb drug trafficking and bad elements. Has been received.
He said that Mr. Manpreet Singh, PPS Police Captain (I) Khanna, Shri Rajan Parminder Singh PPS, Deputy Police Captain Khanna’s Thanedar Vijay Kumar CIA. Narcotics cells including Khanna’s Khanna’s police party’s Preston Mall, G.T. Road Khanna was cordoned off, during the blockade on the service road from Mandi Gobindgarh side, but a Mona youth started turning back at once, who was apprehended without a doubt but with the help of the police party, who gave his name. (1) Deepanshu Awasthi, son of Nitin Awasthi, resident of RZF-218, Nihal Vihar, Nangloi Jat, Nihal Bihar Police Station, West Delhi, told that the checking was done by Mr. Manmohan Sarna PPS, Deputy Captain of Police (I). In Khanna’s presence, 01 kg of heroin was recovered from his backpack, on which case no. The accused Deepanshu Awasthi was arrested after registering the case at City-2 Khanna police station. The accused will be remanded in police custody and an in-depth inquiry will be conducted as to where the accused had brought the heroin from and in which areas it was to be sold and how many other persons are involved in this nefarious business. , Important revelations are likely.