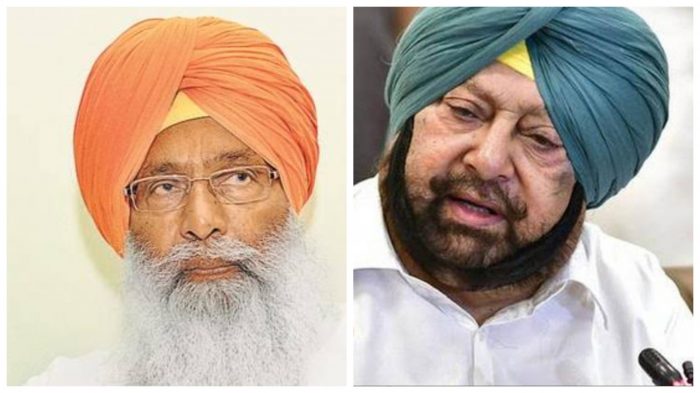 CHANDIGARH, 6 December (STN) : Making a big announcement on Monday regarding the upcoming Punjab Assembly elections, Captain Amarinder Singh has said that his party will contest the elections together with Punjab Lok Congress, Bharatiya Janata Party and Dhindsa’s party, which rebelled against the Akali Dal. He announced this during the press conference in Chandigarh. Amarinder Singh had recently announced his resignation from the party while resigning as the Chief Minister of the state. Along with this, he had also announced to enter the Punjab Assembly elections with the new party.

It is worth mentioning that after senior BJP leader and Union Home Minister Amit Shah, Captain Amarinder Singh has also now announced that he will contest the elections with BJP, as far as Sukhdev Singh Dhindsa is concerned, he has left his cards now. Haven’t opened yet. The most important thing is that the BJP, whom Amarinder Singh had been cursing for the last 25 years, today he decided to fight the elections with him.

He also made it clear that even though there was no talk at the party level, he has already talked about it with the Home Minister and the Prime Minister. In such a situation, the Captain is now preparing to fight the elections against the BJP, shoulder to shoulder with the Bharatiya Janata Party against the Congress. Along with this, Amarinder Singh is also claiming victory in the elections.