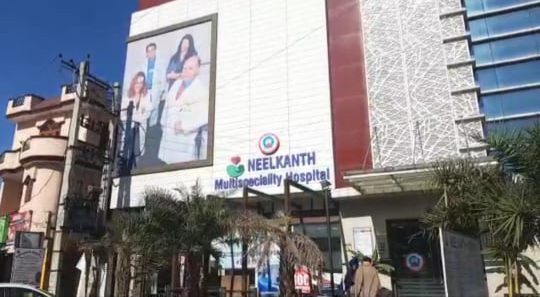 Nearly 6 patients lost their lives due to lack of oxygen.

According to family members, his brother died in the night.

Along with his brother, many more patients lost their lives.

Amritsar:24,April(STN) Neelkanth Hospital located on Fatehgarh Bangri Road was stirred up due to the exhaustion of oxygen late night, after which a total of 6 people died with agonize.

According to family members, his brother had trouble breathing and till yesterday he was in fine condition, but late in the night, he started suffering, then he was in oxygen, after that he saw that in the hospital. The patients on the accompanying bed and in the ward of Corona also said goodbye to this world due to the lack of oxygen. They say that their brother’s body was not given to them by the doctor