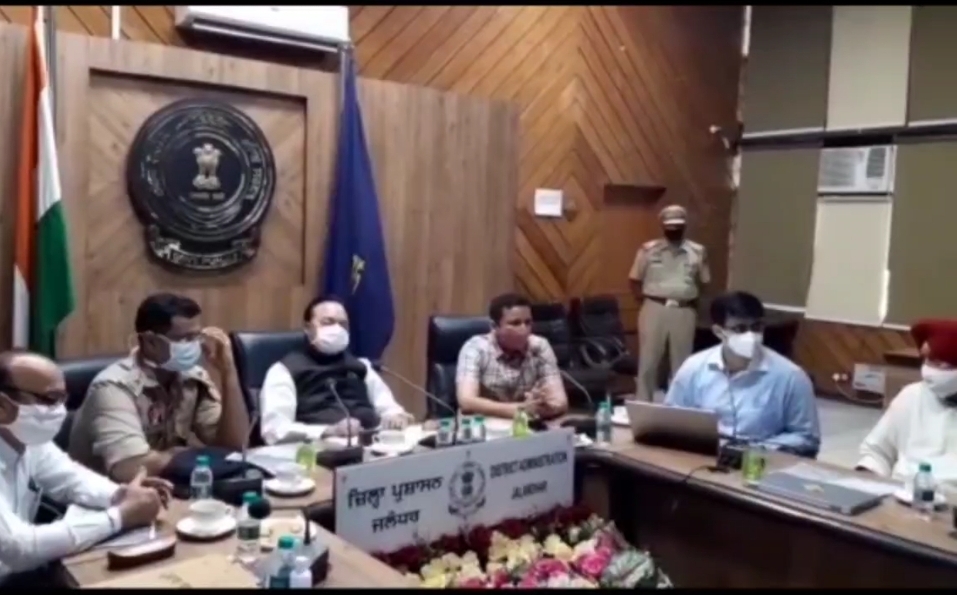 Jalandhar:29,April(STN) A meeting was held in Jalandhar’s administrative complex today regarding the situation in the district of Corona. It was attended by MP Chaudhary Santokh Singh, MLA, Mayor, DC and the rest of the officers, including the MP, who expressed satisfaction at the steps of the administration. Announces a reward of 25000 for sting operation of those who blacken Oxigen gas and other essential medicines.

A meeting was held at the DC meeting in DC confrence hall at Jalandhar today on the condition of Corona in the district. MP Chaudhary Santokh Singh, Mayor Jagdish Raj Raja, local MLA, DC Ghanshyam Thori attended the meeting. Topics were discussed.

After this meeting, MP Chaudhary appreciated the arrangements made by the administration in this terrible situation and expressed satisfaction on them. He said that there is no shortage of oxygen. The situation is monitored.

On this occasion, DC Ghanshyam Thori said that the administration will give a reward of 2500 to whosoever stings those who blacken essential medicines like oxygen gas, Remedicivir vaccine, etc.