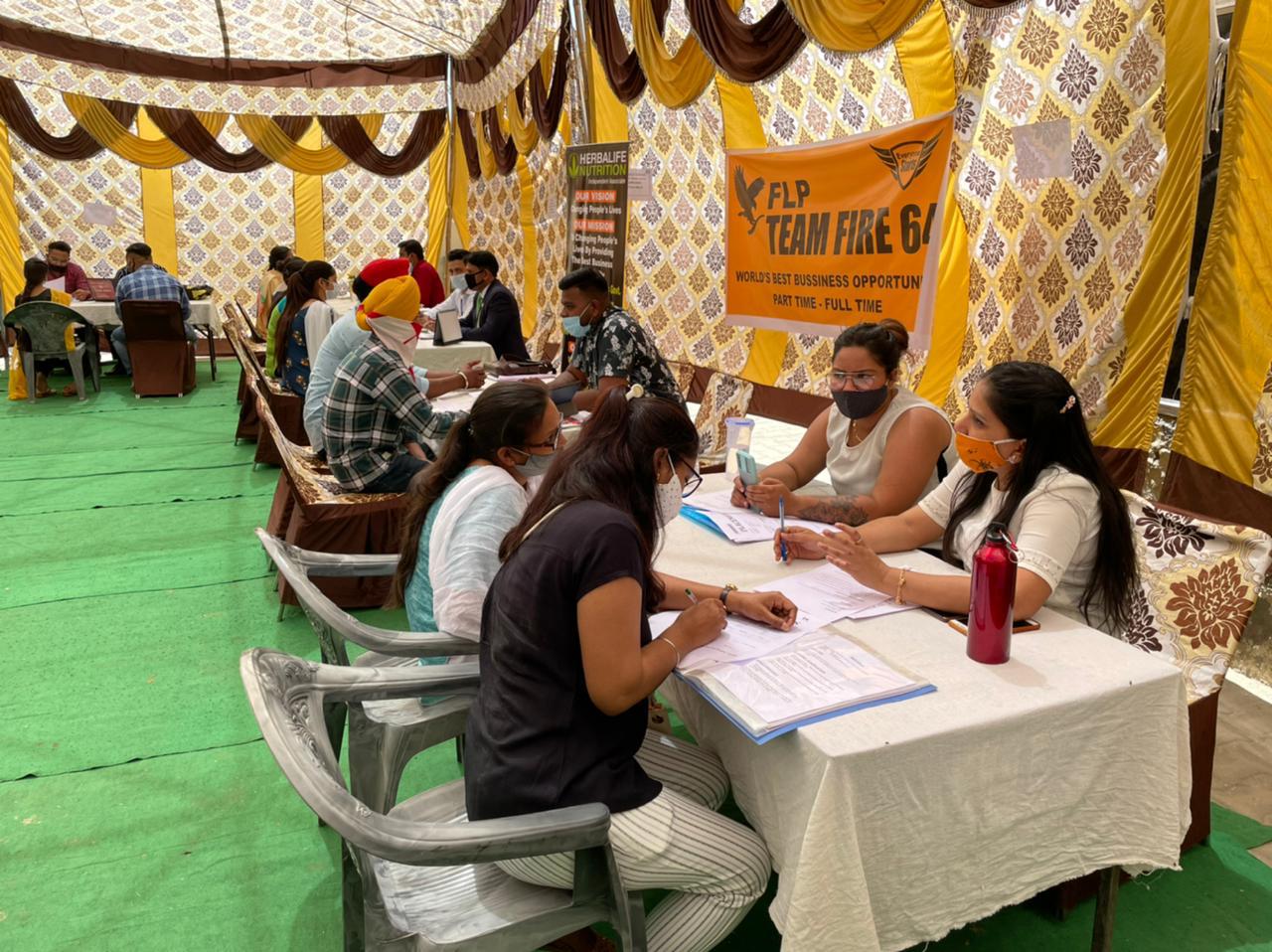 Jalandhar, April 19-(STN) Under the Ghar Ghar Rojgar Yojna, as many as 307 unemployed youths got on-the-spot jobs placement during a special camp held at BDPO office Adampur on Monday as a part of mega job fair.

Divulging the details, Deputy Commissioner Ghanshyam Thori said that series of placement camps is being organized in the district under 7th round the Mega Job Fair. He said these camps would continue throughout the month to ensure maximum job opportunities to beneficiaries.
Pointing out further, the Deputy Commissioner stated that a total of 13 companies participated in the job fair with a large number of employment opportunities for the youths. As many as 352 unemployed youths participated in the camp of which 307 were shortlisted here today. The 13 companies comprise A-One international, LIC, CSC, Pukhraj Health care, SBI, ICICI Bank, Narayani Herbal, Herbalife Nutrition, Agile Company, and Future Generalli.
The Deputy Commissioner further added that under the 7th round of mega job fair as many as 12 placement camps are being organized in the district. Similarly, more camps to be held in various locations including a camp at DBEE Jalandhar on April 20, Guru Nanak National College for women, Nakodar on April 23, Janta College Kartarpur on April 26, Government Polytechnic College for women, Jalandhar on 27th, BDPO officer Phillaur on 28th, and CT Institute of Engineering and Technology, Shahpur on April 30, 2021.
The DC said these job fairs would provide ample employment opportunities to unemployed youth across the district under the ambitious scheme Ghar Ghar Rojgar Yojna as a large number of companies are taking part with several job opportunities for the participants.
Deputy Commissioner said that the Job fairs acted as a catalyst to transform the destiny of the youth. He said that the youth who got jobs during the fair would become an active partner in the socio-economic growth of the state. He said that this was another milestone to channelize the unbounded energy of the youth of the state in a positive direction.
Mr. Thori called upon the youth to register themselves on www.pgrkam.com for more jobs. The Youths can also contact on 90569-20100 for further information, he added.