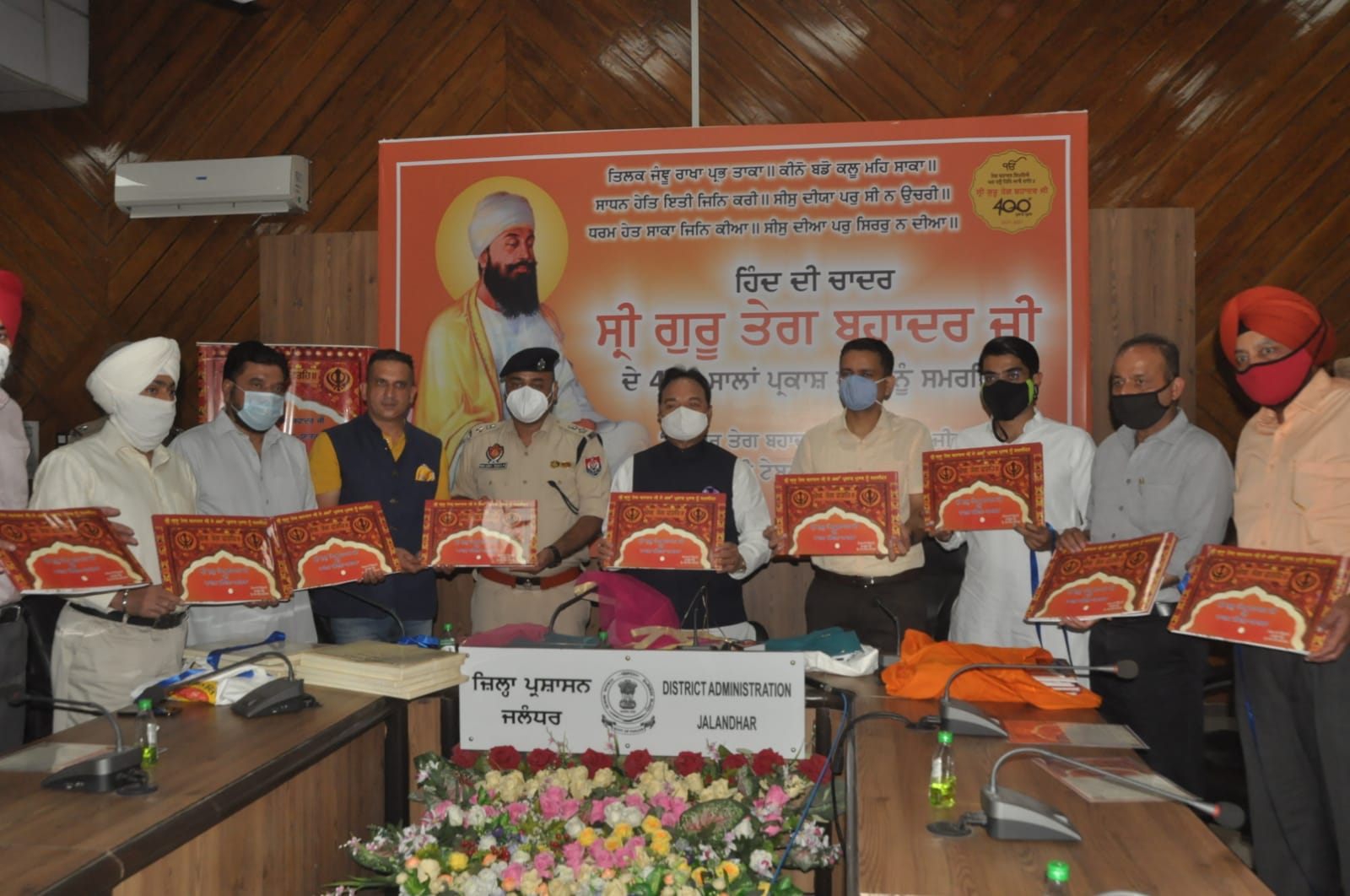 MP further stated that we are indeed fortunate that through his passion for photography and documentaries, Harpreet Sandhu has allowed the society to follow the steps of our enlightened Guru Ji. He lauded the sincere efforts of  Advocate Harpreet Sandhu who has  authored this coffee table book and has dedicated this pious work to the sacred memory of Shri Guru Tegh Bahadur Sahib. He added that the teachings and philosophy of Shri Guru Tegh Bahadur Sahib was still relevant in contemporary times.

Meanwhile, Deputy Commissioner Ghanshyam Thori after previewing the Coffee Table Book said that this pious work will be of immense interest, which has been beautifully portrayed through the pictorial visuals of the holy shrines, where Guru Tegh Bahadur Sahib left his footprints. He stated that such efforts were the need of the hour to connect our coming generations with their roots.

Extending his gratitude on this occasion, Advocate Harpreet Sandhu said that he authored this Coffee Table book with a sole aim to project the Gurudwaras related to Life Journey of Guru Teg Bahadur Sahib and their Historical importance, where Ninth Sikh Guru left his foot prints under the guidance of Padma Shri Dr. Surjit Patar.