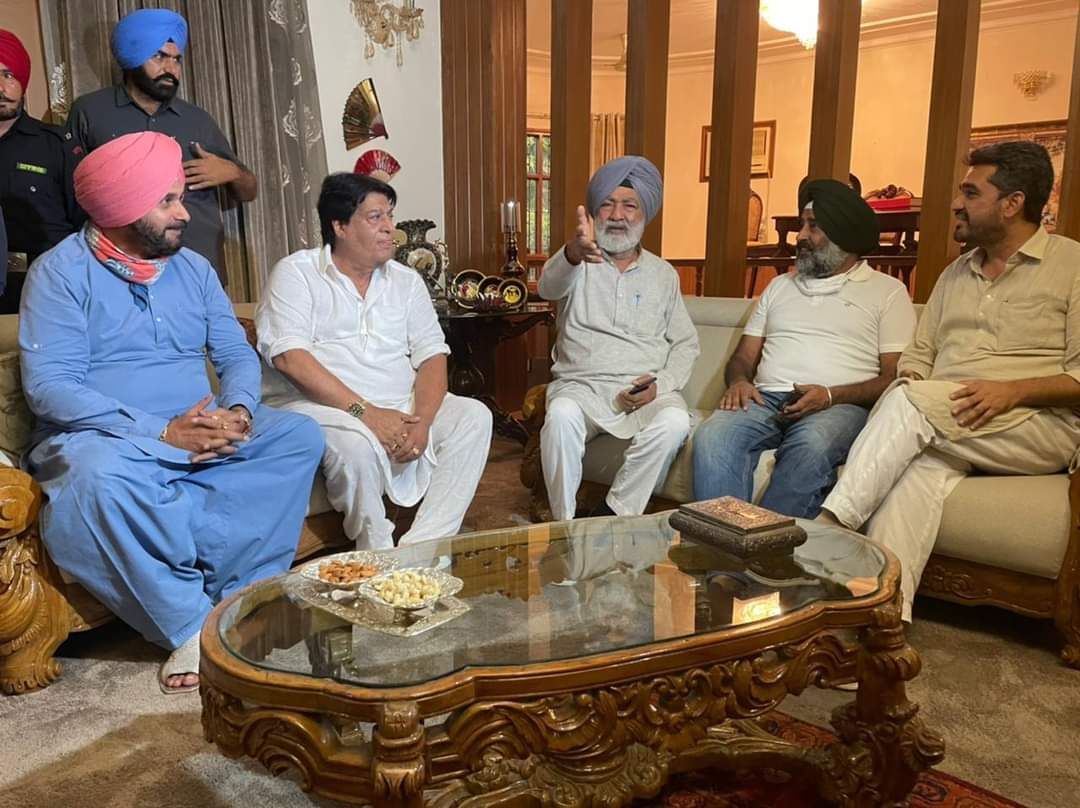 Jalandhar: 18, July (STN) Navjot Sidhu’s round of meetings is going on before the formal announcement of being made the Congress President in Punjab. Sidhu Sidhu reached Jalandhar where he met former minister Avtar Henry and his MLA son Bawa Henry. During this, Pragat Singh, who openly attacked the MLA and Captain from Jalandhar Cantt, was also present. Sangat Singh Giljian, MLA from Tanda also reached here. What is Sidhu talking to MLAs during this? No one is talking openly about it. However, it is believed that before the formal announcement of the headship, Sidhu is trying to gather support for himself.