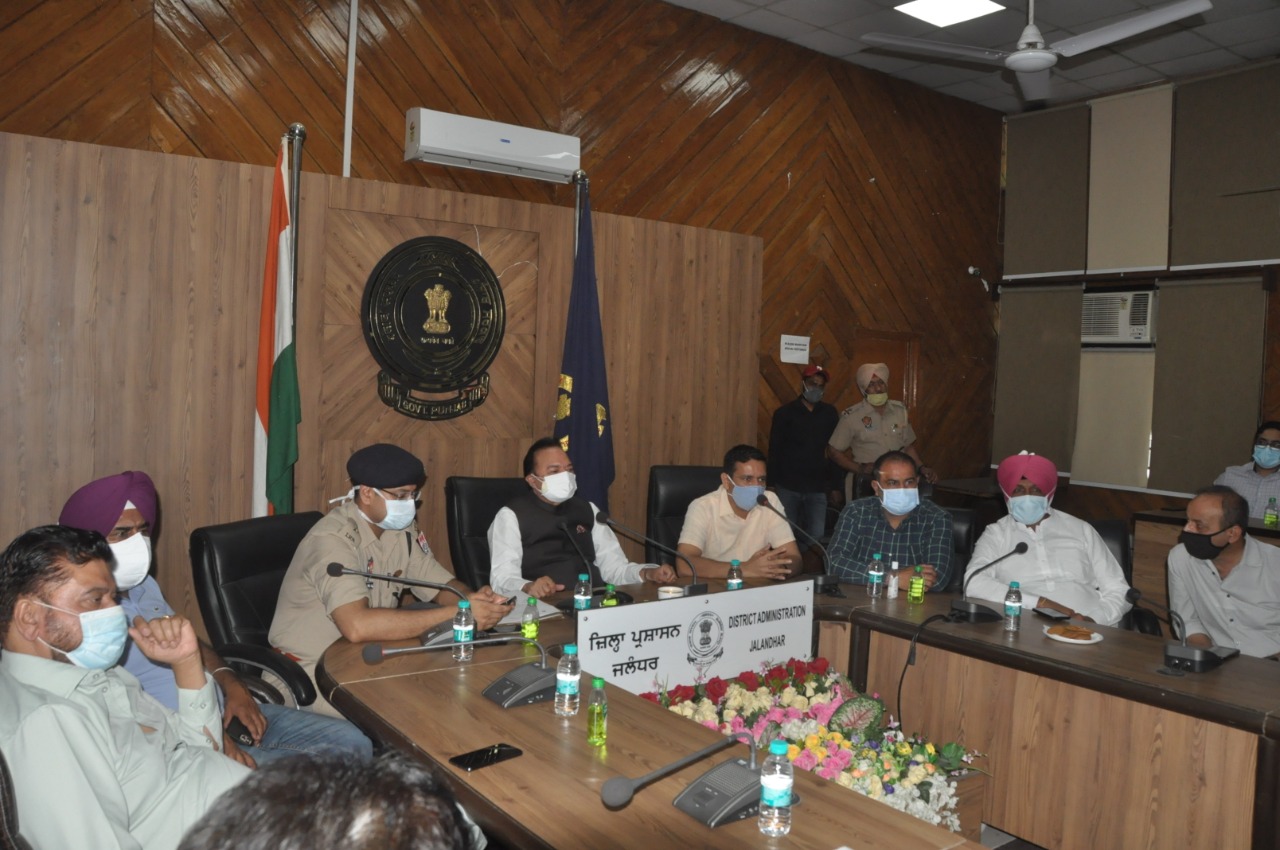 SHOPKEEPRS’ DEMANDS WOULD BE SENT TO STATE GOVERNMENT FOR APPROVAL

Jalandhar, May 7- (STN) The District Admijistration on Friday assured the traders’ association that the demands of shops and other commercial establishments falling in non-essential category would be brought into the notice of the state Goverenment to an amicable resolution to facilitate these traders.

Hearing the issues of the traders’ association patiently here at DAC, Member Parliament Chaudhary Santokh Singh stated that they would appraise the State Govrrnment about the genuine concerns of trading and shopkeepers fraternity so that their outlets could be open with necessary restrictions. Chaudhary Santokh Singh accompanied by MLAs Pargat Singh, Rajinder Beri, Sushil Rinku, Hardev Singh Laddi Sherowalia Surinder Chaudhry and Deputy Commissioner Ghanshyam Thori held detailed discussions with the representatives of various trade organisations.

Chaudhary pointed out that a viable solution as being mulled by the authorities to allow operations of non-essential shops in a systematic manner. He asked that the Deputy Commissioner would draft a proposal in this regard and send it to the state government for final approval after which the new instruction would be enforced in the city.

Meanwhile, the administration also sought feedback from various shopkeepers and market associations to evolve such a system where opening of shops and Covid appropriate behavior could be maintained without any fail. Pointing out further, Deputy Commissioner Ghanshyam Thori said that the meeting was held with all the representatives to evolve a consensus based mechanism to draft further restrictions keeping in view the requirements of different stratum of the market. He mentioned that the feedback would be sent to the state government and after the approval would be implemented from Monday.

The deputy commissioner also laid emphasis on the need for adopting covid appropriate behavior scrupulously to stem the virus spread. He also apprised the representatives of various trade organizations of the current situation in the district especially when beds availability, oxygen shortage, rising numbers of fresh infections is matter of concern for everyone adding that he urged people to not to step out of their homes in huge numbers to break the transmission chain. The DC also encouraged the shopkeepers to form committees to monitor the implementation of Covid appropriate behavior including social distancing circles, sanitization, face-masking of everyone, and activities in a segregated manner.