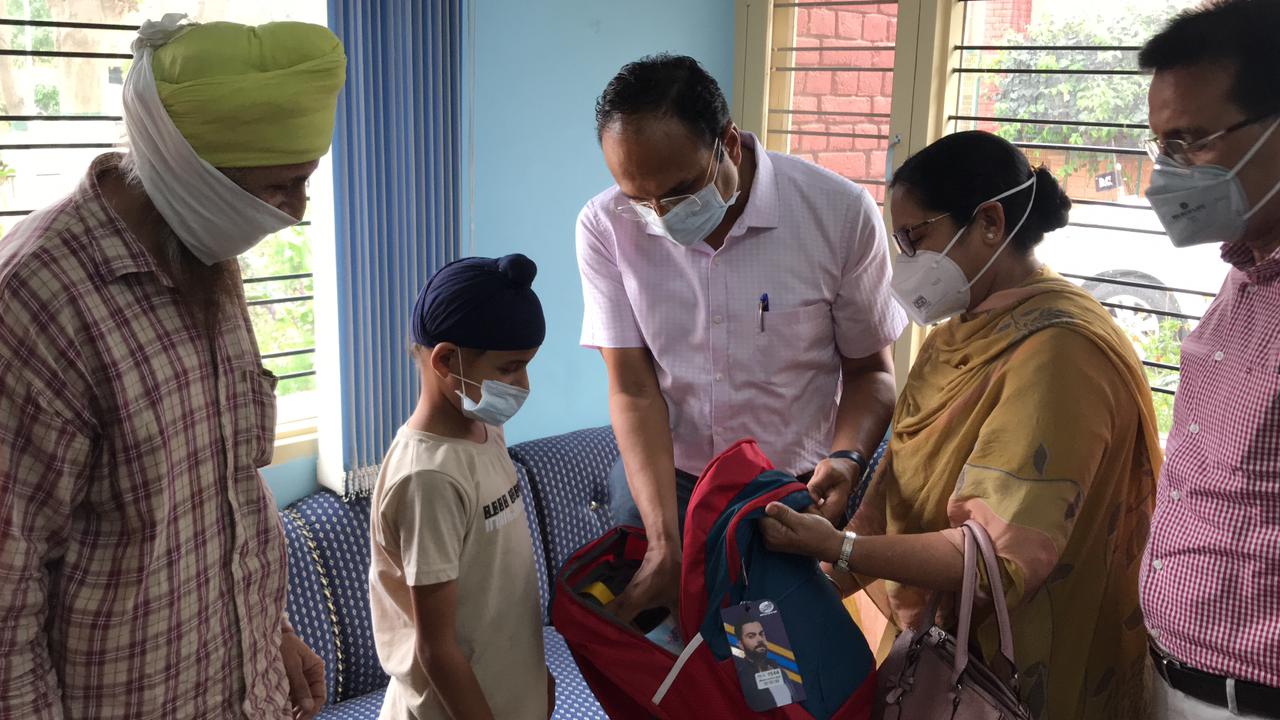 The Deputy Commissioner also handed over a cheque of Rs 2 lakh to the boy’s father Paramjit Singh, in the presence of his mother Rani.

Sharma envisioned that both children have immense potential in making the country and state feel proud by scaling new heights in their lives. He said that the young boys could be a source of inspiration of his other peers. Extending best wishes to both, Sharma expressed hope that the boys would script a new success story in the future.

He also appealed Vansh’s father Paramjit and mother Rani to ensure both boys complete their studies in the school and assured fulsome support in the future also.

On May 7, moved by the plight of Vansh, Punjab Chief Minister Captain Amarinder Singh had made a video call to Vansh and announced full government financial support in his education, besides Rs 2 lakh in immediate assistance for the family.

The Chief Minister, who spoke to Vansh after seeing his video of refusing a car occupant’s offer of Rs 50 extra, over and above the cost of socks, said he was impressed by the boy’s self-esteem and dignity.