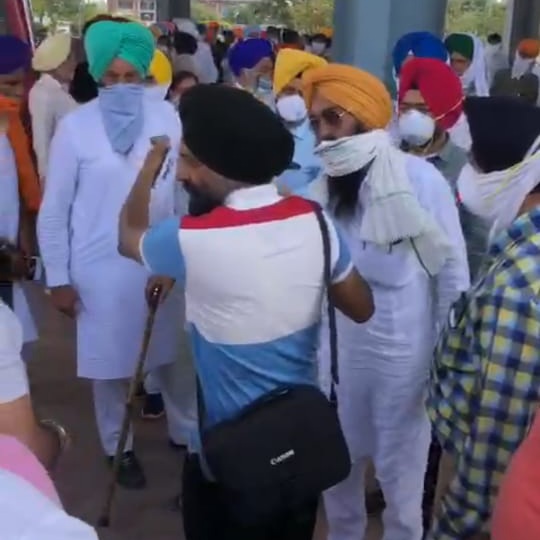 There was a stir in the health department

According to the civil surgeon, so far 650 Pilgrims have been done, Corona test is yet to be reported.

Amritsar: 22, April (STN) Corona is blasted when Shradaluyo goes back to India to celebrate Baisakhi, 200 Shardradalu out of 816 Shradaluyo have so far been found corona postive, same was found in the handicap between doctors and Shradaluyo on Attari Wagah border Shradaluyo tore his report

A case of misbehavior of a group of Sikh pilgrims from Pakistan with a medical team doing Kovid testing has come to light, when the batch of Sikh devotees who went to Baisakhi in Pakistan reached the outskirts of the district for their Kovid test. 8 medical teams were deployed by the administration and when a team shift was changing, the devotees created a ruckus by saying that who would do their tests now, in the meantime, they came on a scuffle and a doctor’s PPE kit and testing by the devotees. The report was torn up and by then 650 passengers had been tested, out of which 200 passengers had come to Kovid Positive and they came from such attic to Amritsar and the testing could not be completed, now the team of Civil Surgeon office will investigate and police Complaints will be lodged so that strict action should be taken against those who treat doctors and women doctors in such manner. The doctors said that the devotees were telling them that they were deliberately telling their report positive and now they will never be go for medical examine without security.