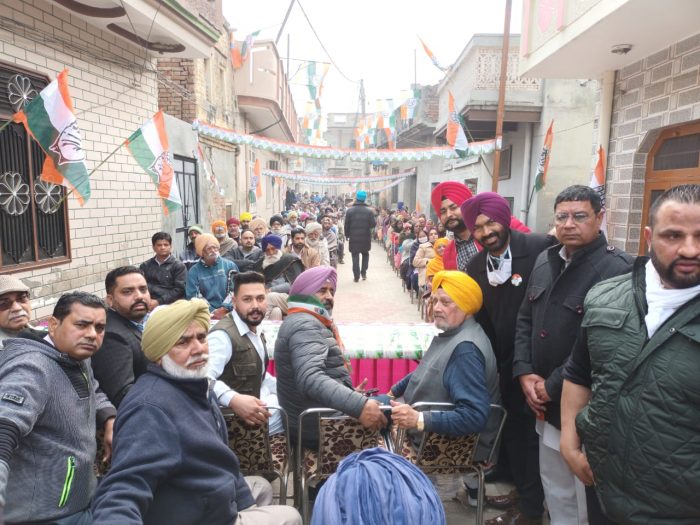 JALANDHAR, JANUARY 30 : (STN) Padamshree Pargat Singh is all set to continue his winning spree from Jalandhar Cantonment assembly segment third time in row, as his campaign is far ahead from his opponents, who are yet to set their “political narrative”.

Pargat won the election from Jalandhar Cantonment seat in 2012, when he was fielded by Shiromani Akali Dal (SAD), but due to some ideological differences with the Akalis, he chose to resign from the party and joined Congress. Pargat won from the same constituency with a handsome margin of votes in 2017, purely due to his fighting spirit and his positive attitude towards Punjab and Punjabiat, apart from his wisdom to be with a political party, which wanted to do something good for the state.

Currently, it is five cornered contests in Jalandhar Cantonment and the chemistry and geography of the constituency, indicates Pargat’s third huge victory from the seat.

As far as opponents of the Pargat Singh is concerned, Jagbir Brar is known “party Hopper” as in 2012 he left SAD and joined PPP, then in 2017 he joined Congress and now he is back to the square one by joining the same Shiromani Akali Dal (SAD), which he left earlier due to ideological differences.

Aam Aadmi Party (AAP) has fielded former IPS Officer Surinder Singh Sodhi, who is legging behind because of his alleged links with drug smugglers during his police service. He is not able to set his narrative at par with AAP, which claimed itself as “honest” political front.

BJP has fielded another turncoat Sarabjit Singh Makkar, whom Pargat defeated with huge margin in 2017 and this time as the people have no soft corner for BJP, which derailed the campaign of Makkar well before it could have been initiated.
On political ground zero of the constituency, the voice in favour of Pargat has already taken wings, which indicates, not only win for Pargat but also huge increase in the victory margin.

“I get a huge positive response from the people, when I go for campaigning and even my family members have emerged my strengthen, who tirelessly go for campaign from morning to evening everyday”, Pargat said.