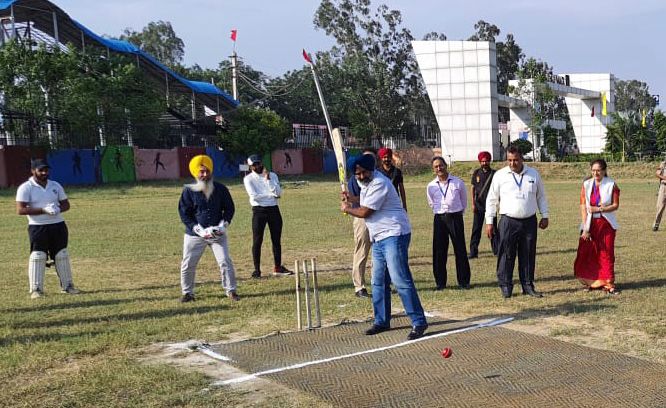 Playing cricket with students at DAV University, he said that there was an urgent need to hunt sports talent from the remote rural areas, nurture them and bloom them into international players all with government and sustained corporate support.

Pargat Singh, who visited the University to felicitate its national and international sportspersons and students placed in MNCs headed straight to the University playground and witnessed an ongoing cricket match and played cricket with students. He also interacted with the players and the faculty of the sports department.