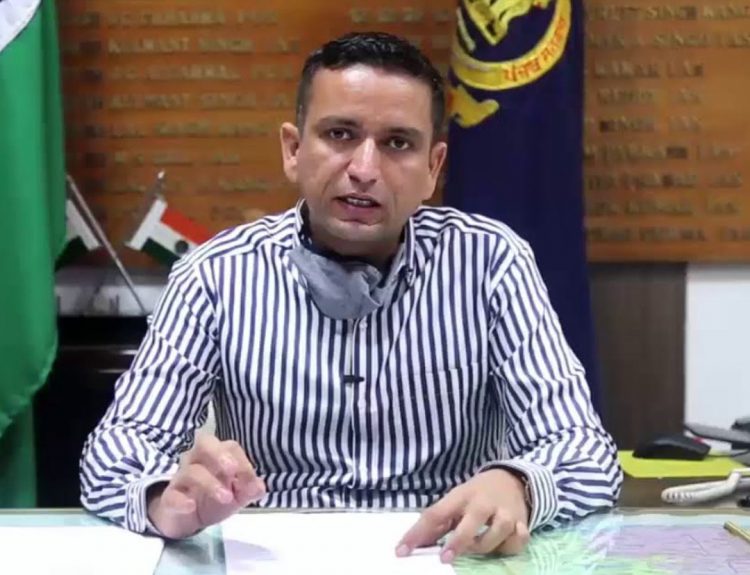 Jalandhar, May 12-(STN) Concerted efforts of Deputy Commissioner Ghanshyam Thori to resolve traffic problem at the busiest railway crossing in the city have yielded positive results as Punjab Infrastructure Development Board (PIDB) has approved the construction of Railway Under Bridge (RUB) at Tanda Road railway crossing along with two other road projects amounting to Rs. 5323.09 Lakhs.

Divulging the details, the DC stated that Chief Minister Captain Amarinder Singh who is also Chairman of PIDB has approved this project, which would give much-needed relief to the city residents from the traffic jams at this railway crossing falling on the Amritsar-Delhi rail route. He mentioned that the RUB was proposed by the district administration at Tanda Road crossing in January 2021 and after the in-principle approval from the railway authorities the project was sent to PIDB for administrative approval and requisite funds.

The DC said that as per reports, a RUB with a length of 350 meters and a width of 5.0 meters to be built at the site for which required land and other infrastructure is also available. He added that service lanes at both sides of the crossing have also been proposed apart from RUB adding that the train vehicle unit has crossed the mark of 5 lakhs here thus enabling it for the criteria for the construction of RUB/ROB here which is one lakh as per railway policy.

Mr. Thori mentioned that this railway crossing remains closed most of the time due to the heavy flow of trains which causes long queues of traffic jams here. Sometimes, this crossing remains shut for half an hour, leading to major inconvenience to people, he said adding that the RUB would facilitate a large number of commuters, traders, and residents while ensuring smooth and hassle-free traffic flow.

The PIDB’s approval also encompassed two road projects including four-laning of Lamba Pind-Jandu Singha road and repairing of Phillaur-Apra and Phagwara-Dosanjh Mukandpur Road to facilitate massive traffic flow at this road, he said.

The Deputy Commissioner said that these projects would ensure the holistic development of the Jalandhar by easing out traffic movement both inside and outside the city besides facilitating a large number of people using these busiest traffic routes. He also added that the projects would be executed in a time-bound manner in the larger public interest