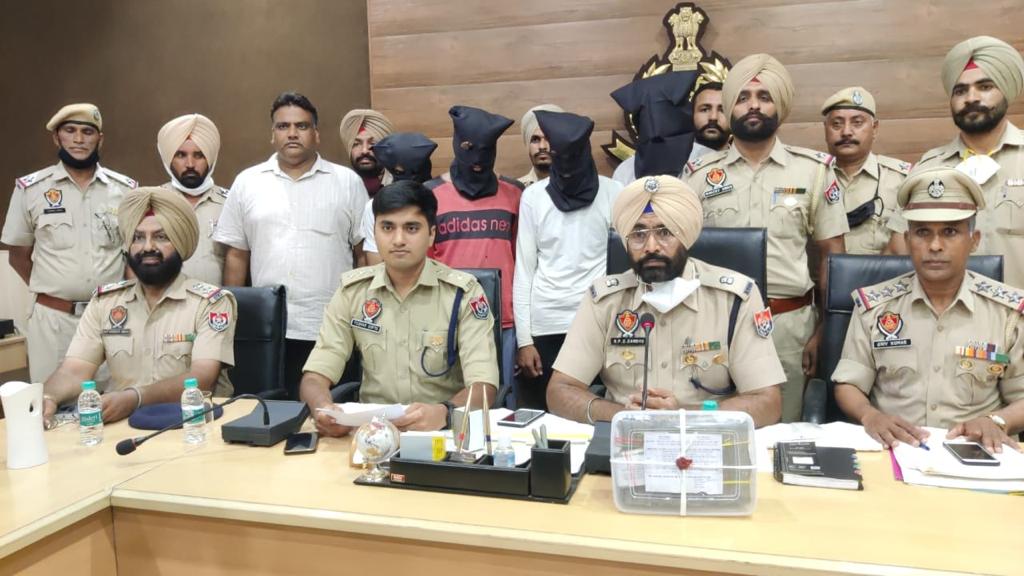 Hoshiarpur, July 15-(STN) Cracking the loot of Rs. 6.50 lakh was snatched in Mahilpur area from the employees of money changer within 24-hours, the local police have arrested four accused and seized the entire amount. The accused have been identified as Baljinder Singh, Sahil of Kot Fatuhi, Rohit of Bugran and Prabhjot Singh of Binjo.

Interacting with the media persons here at Police Lines SP (D) Ravinder Pal Singh Sandhu said that SSP Navjot Singh Mahal had immediately formed at team under ACP Garhshankar Tushar Gupta along with CIA incharge Inspector Shiv Kumar, SHO Garhshankar Satwinder Singh on receiving the information. He said on July 13, Rajesh Kumar of Mahilpur, who is running western union in the area, complained to police that three unidentified persons had snatched a bag containing Rs 6.50 lakh from Baljinder Singh and Balwinder Singh, who work in his shop by putting chilli powder in their eyes near Milan Palace.

Sandhu said that the team conducted a thorough probe technically and scientifically and arrested four of the above mentioned accused by seizing looted money and bike used in the crime.

SP (D) said that Baljinder was kingpin of the crime who hatched the conspiracy with Sahil, Rohit and Prabhjot and all of them have been booked under various sections of IPC.