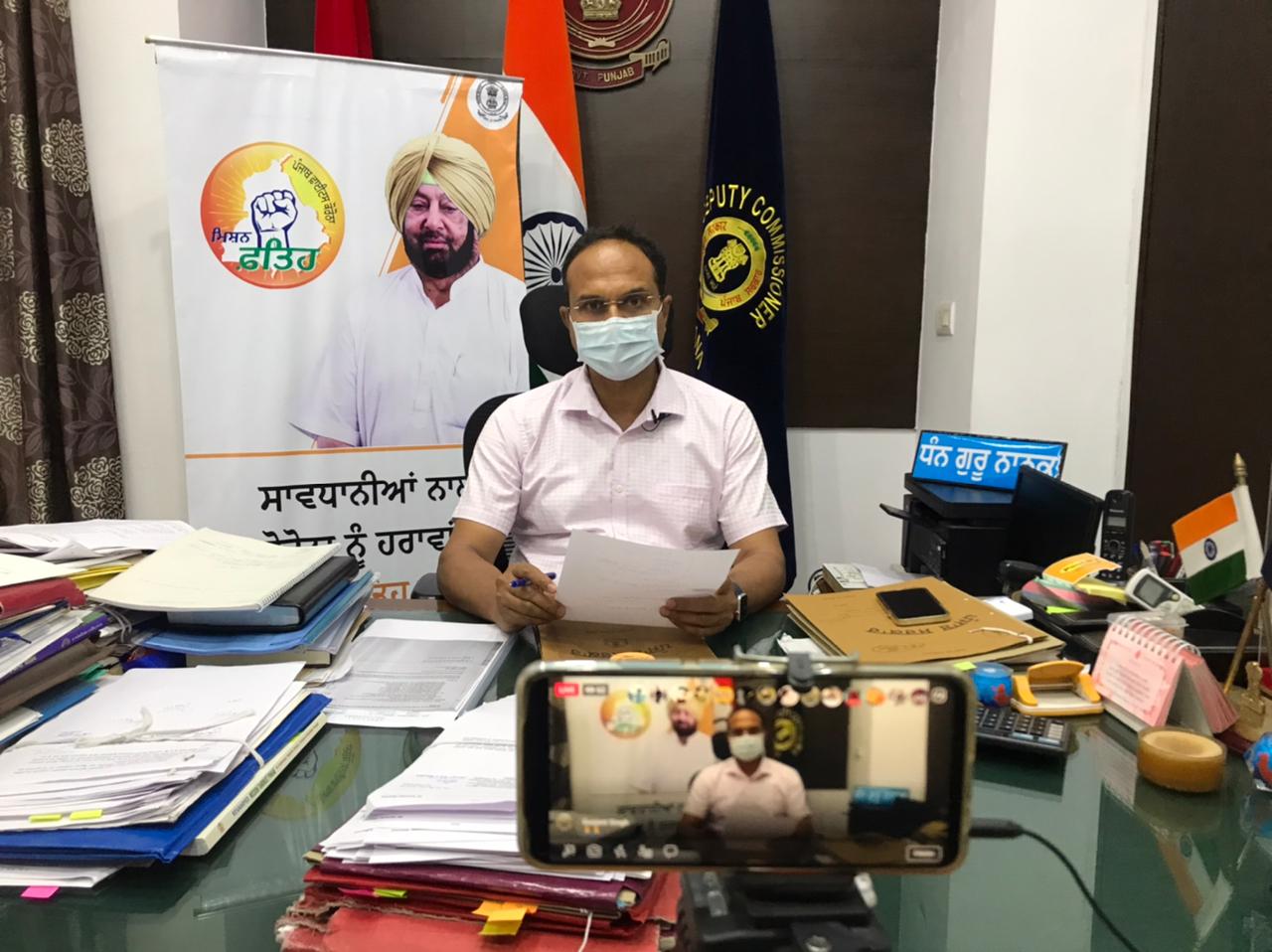 No daily rent for oxygen concentrator, just give a cheque of Rs 25000 as security: Deputy Commissioner

Ludhiana, June 9:(STN) With the administration adopted testing, tracing and treatment golden rule aggressively in Ludhiana to contain the deadly virus, the positivity rate has dipped to 0.84 percent on Wednesday, the lowest in Punjab.

Revealing about the latest Covid scenario of the district during his weekly Facebook live interaction with the residents on the official page of DPRO Ludhiana, Deputy Commissioner Varinder Kumar Sharma hailed the contribution of health and frontline warriors for effectively carrying out the Covid test, tracing and treatment in the district. He said that on Tuesday, 13000 tests were conducted out of which only 104 tested positive and added only 500 patients are currently undergoing treatment in hospitals.

Further, the Deputy Commissioner said that Ludhiana is already leading in Punjab with the highest coverage of the population in its Covid vaccination program as a total of 866046 have either got first or both doses of the lifesaving jab.

He appealed to all the entitled of the Ludhiana to become invincible soldiers by getting the vaccine and following Covid apt behaviour to prevent a third wave of Covid.

Deputy Commissioner Varinder Kumar Sharma also told that vaccine is a credible effective way to tackle the wave and everyone must take the jab whenever their turn comes.

He also announced that Red Cross Society would never charge any daily rent for oxygen concentrator and anyone can procure the medical device by giving a cheque of Rs 25,000 as refundable security.