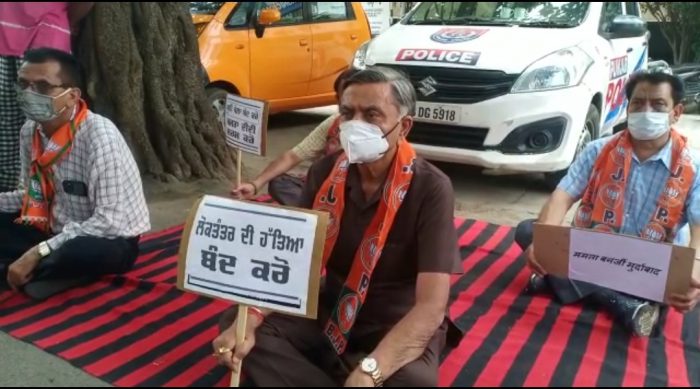 Jalandhar:5, May(STN) Senior Punjab BJP leader Manoranjan Kalia staged a sit-in outside his house in protest against the election results and the killings of BJP workers in West Bengal after the result of elections. Manoranjan Kalia said that elections are a must in a democracy.

But after the election results, there should be brotherhood between the winning and losing parties. But this time what happened in Bengal is very worrying. He said that after TMC’s victory there, BJP workers were attacked by TMC workers and later it was said that BJP workers themselves were carrying out these attacks. He said that what was happening in Bengal was happening at the behest of Mamta Didi and the BJP strongly condemned it. He demanded that the people involved in these incidents should be punished at the earliest.