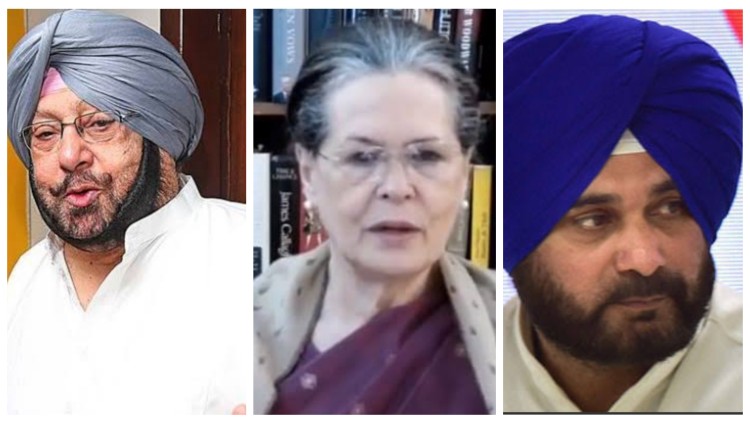 New Delhi:July(STN) Today is an important day for the Punjab Congress. Chief Minister Capt Amarinder Singh will meet Congress President Sonia Gandhi today. At the same time, the market for discussions has heated up that a big formula has been prepared to resolve the party’s dispute and Sonia Gandhi can discuss this with Captain Amarinder Singh during the meeting. So now all eyes are on this meeting. Let it be known that discussions have been going on that the national leadership of the Congress can take a big step to end the dispute between Navjot Singh Sidhu and Capt. Amarinder Singh and is ready to give a big responsibility to Sidhu in the Punjab Congress.

Chief Minister Capt Amarinder Singh had recently sought time to meet Sonia Gandhi. After this he has now been given this time. It is understood that after the formula for Punjab Congress is ready, the captain has been given time to meet Sonia Gandhi. This will be the first time that Sonia Gandhi will meet a Punjab leader amidst infighting in the Punjab Congress. Rahul Gandhi has held several rounds of meetings with the leaders of Punjab. The consent of the captain is also required for the high command before giving an important post to Sidhu. Whether the high command will be able to persuade the captain is to be decided on Tuesday. Significantly, a three-member committee formed by the High Command in May 2021 to resolve the dispute, held a one-to-one meeting with about 150 leaders and tried to resolve the grievances, but to no avail. Meanwhile, Sidhu has been making public statements against the government even after meeting Rahul and Priyanka. The Congress high command had asked Capt Amarinder Singh to come up with a formula for 200 units of free electricity in Punjab. After this, Kejriwal, who was on a visit to Chandigarh, had announced that 300 units of free electricity would be provided in Punjab when his government is formed. In such a situation, the issue of attacks being made by Sidhu on Captain Sarkar is almost certain to be raised in tomorrow’s meeting.